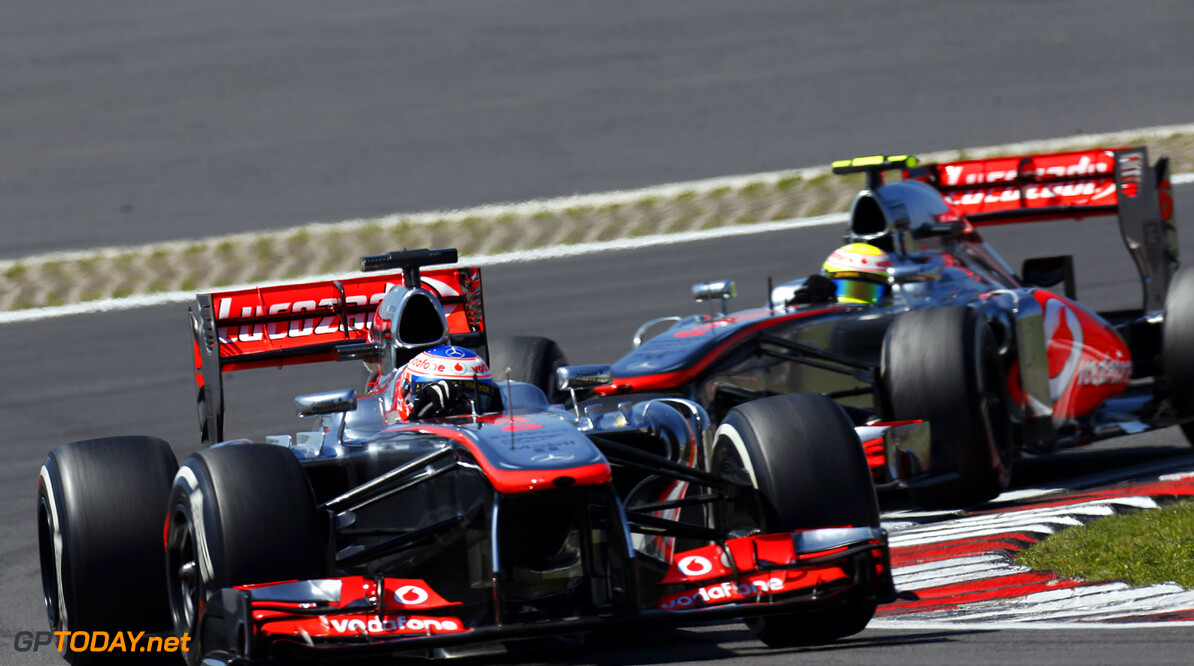 Button is the benchmark for judging my work - Perez

Not yet in the fight for race wins, Sergio Perez has admitted his sights are instead set firmly on Jenson Button. Button, the 2009 world champion and highly-experienced McLaren team leader, has often complained about Mexican youngster Perez's overly-aggressive driving since the 23-year-old joined the famous British team in 2013.

But Perez defended his driving on the basis that, without a competitive car at his disposal, his only target is to prove he can beat his established and highly-rated teammate. "I have no car to fight for victory," he is quoted by Brazil's O Estado de S.Paulo newspaper in Hungary. "And in these circumstances, my only goal is to try to be better than my teammate, who is a world champion, a very capable driver," said Perez.

Indeed, the controversial young driver from Guadalajara did not deny that when he sees Button ahead of him on a circuit, he becomes determined to attack. "If I overtake him, it means that I'm doing a good job," said Perez. "Jenson is the benchmark for judging my work," he added.

Brazilian correspondent Livio Oricchio said Perez will remain at McLaren next year, as his initial contract with the great British team was for at least two years. Perez said: "2014 represents the start of a new era for formula one, and for us drivers. Everything will be different with the new regulations, the turbos, the energy systems. And we will have to adapt." (GMM)