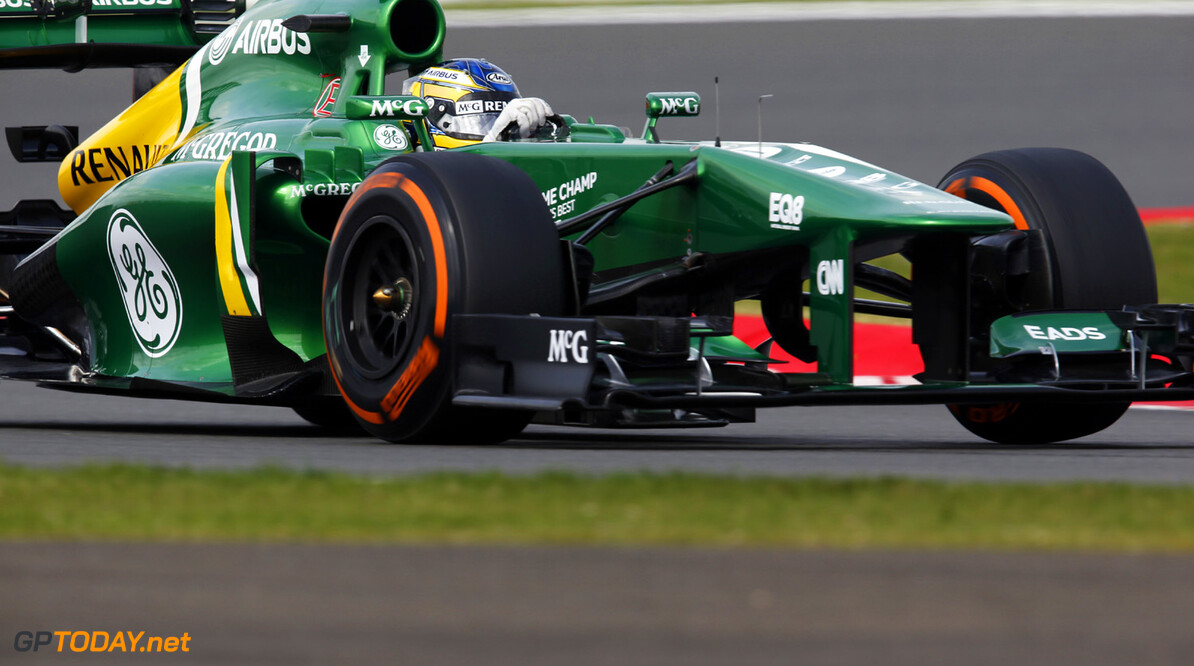 Charles Pic: "After quali in Silverstone Giedo, Cyril, Heikki and I went back to Leafield for a great staff and family event at the factory. They'd had a barbecue and then we took part in a q&a session with everyone who'd gone and one of the questions I was asked was what's my favourite track to race on. The answer is Nurburgring and I explained that I don't really know why it's my favourite, it's just the feeling I have racing there - it's very special! I won there in Formula Renault 3.5 and I was on the podium in GP2 so it has a lot of happy memories for me and there's just something about getting a lap right there that feels very good."

"In terms of the atmosphere it's a bit like Silverstone. It's always very busy, the stands are full and when you come into the stadium section it's a bit like racing into a football arena. The fans can see a lot of the track so they have a great view and they really know about motorsport. I've not raced in F1 there yet - last year we were at Hockenheim, but I'm sure it'll be a great weekend."

"I think the track should also suit us quite well. We made some progress in Silverstone, in quali when I put together the best qualifying lap of my season so far and in the race where we had better pace than we'd had for a couple of races, and we added a few new parts to the car, mainly around the floor. We'll have a couple more small updates for Germany and it'll be good to continue the positive trend we've regained since last week in the UK. We have a bit of a gap after Germany before Hungary so it'll be good to leave the Nurburgring after a positive race, having got ourselves back to the performance levels we've targeted for this season."

Giedo van der Garde: "Germany is going to be a great race, partly because the track is relatively near home for me so there will be a lot of Dutch support there, and because it's a track I've always gone well at. Throughout my career I've won races there in all categories - I know that's not going to happen this year but, as a rookie, when you go to a track you know really well it means you're on it right from the first lap and that helps us maximise the time we have in every session, as long as the weather stays dry which it looks like it should!"

"It'll be the first time for me around the Nurburgring in an F1 car but I last raced there in a GP2 car back in 2011 so I know quite a lot of what to expect. Like Spa the weather can change very quickly so we have to pay very close attention to the forecasts and, even though the track is used a lot outside F1 weekends, the grip levels still improve quite a bit over the weekend so the long run work we'll do on Friday will be very important for the race."

"The track itself is mostly made up of low to medium speed corners - apart from T5 there's not a lot of really high speed stuff but despite that it's still a very good track to drive on. You can build up a good rhythm and that's one of the keys to a good lap."
F1 News Renault
<< Previous article Next article >>
.