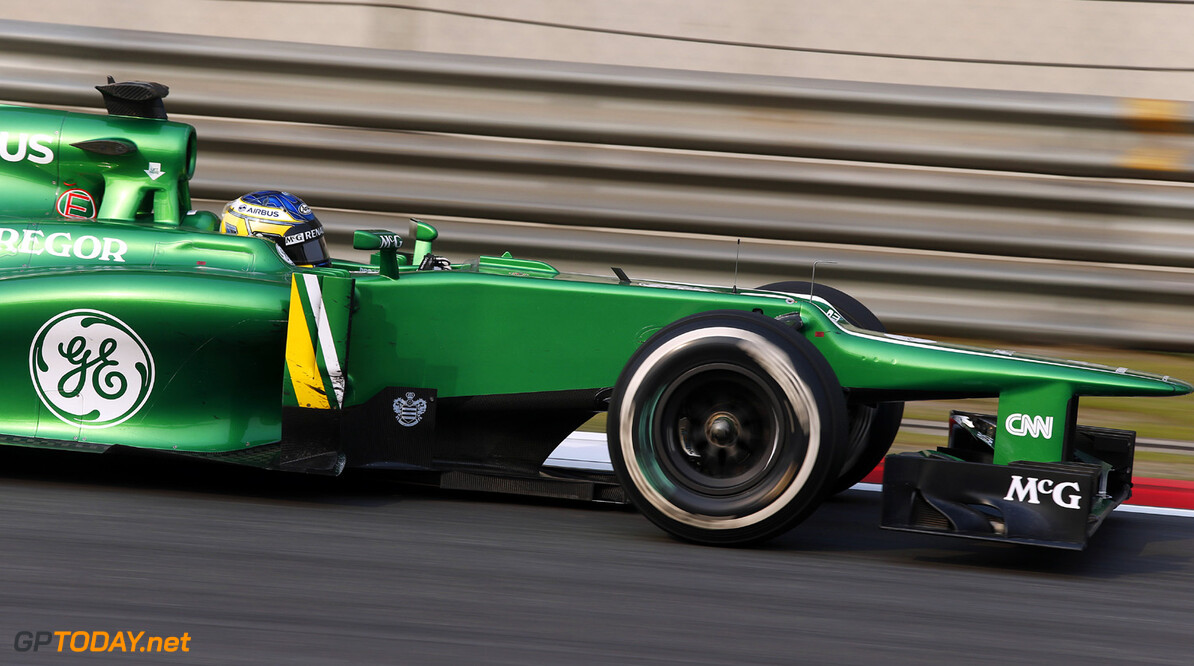 Giedo van der Garde: "Silverstone's next up and it'll be another very busy weekend for us. For us, like quite a few of the teams, the British Grand Prix is a home race so it's one everyone looks forward to. In fact I'm pretty lucky  we have Malaysia and Silverstone as home races for the team and, for me, Spa will also count as a home race as that'll be where most Dutch fans go, so I get three chances a year to race in front of our biggest supporters!"

"The track itself is obviously one we know really well. I've been racing there for many years, I won in 2008 in Formula Renault 3.5 but didnt have so much luck in the last couple of years in GP2 so the aim is to turn that around, and get back to the progress we saw on track in Spain. We've spent a lot of time in the simulator at Leafield around Silverstone and, even with the changes they made to the F1 layout a couple of years ago, I've driven a lot of kilometres around there so there's no surprises. Like everywhere else it'll be interesting to see how the tyres behave  the track evolves quite a bit over the weekend so we'll be looking to manage that as well as possible so we have room to play with strategy on Sunday."

"It's also going to be a pretty busy weekend outside the cockpit. We have various team partner events throughout the week and then Charles, Cyril and I are heading back to Leafield after quali on Saturday to go and catch up with the factory team and their families. As we're racing so close to the factory it's one of the few chances we have in the season when both Charles and I are in the UK together so it'll be cool to go and see the guys who work so hard back at base and thank them for what they do. Whatever happens on track it's going to be a good week!"

Charles Pic: "Next we have our second home race of the season and my second F1 race at Silverstone. I won at Silverstone in Renault World Series a couple of times back in 2008 / 2009 and even though the track was reshaped since then it's still a circuit I know very well, and one I really enjoy racing on."

"The British Grand Prix is one of the races, like Canada and Germany, which is a real favourite for the fans. It's a pretty special feeling seeing how many people are on track on Thursday when the cars arent even running! The British fans just love F1 and as the race takes place so close to home for a lot of the guys in the team I know how much it means to them to do well there."

"For us it's important to get back to the sort of progress we saw in Bahrain and Spain. We were running well in the race in Monaco until we had to retire the car, but Canada wasn't a good weekend for us so everyone's been working extremely hard to help us reverse what we saw in Montreal. Silverstone's another quick track and it's usually not too warm, but we're doing a lot of work on setups and the session plans at Leafield before we get to the track, in the simulator and with the engineers, so we're well prepared and Im confident we can find the increased performance we saw in Barcelona."
F1 News Renault
<< Previous article Next article >>
.