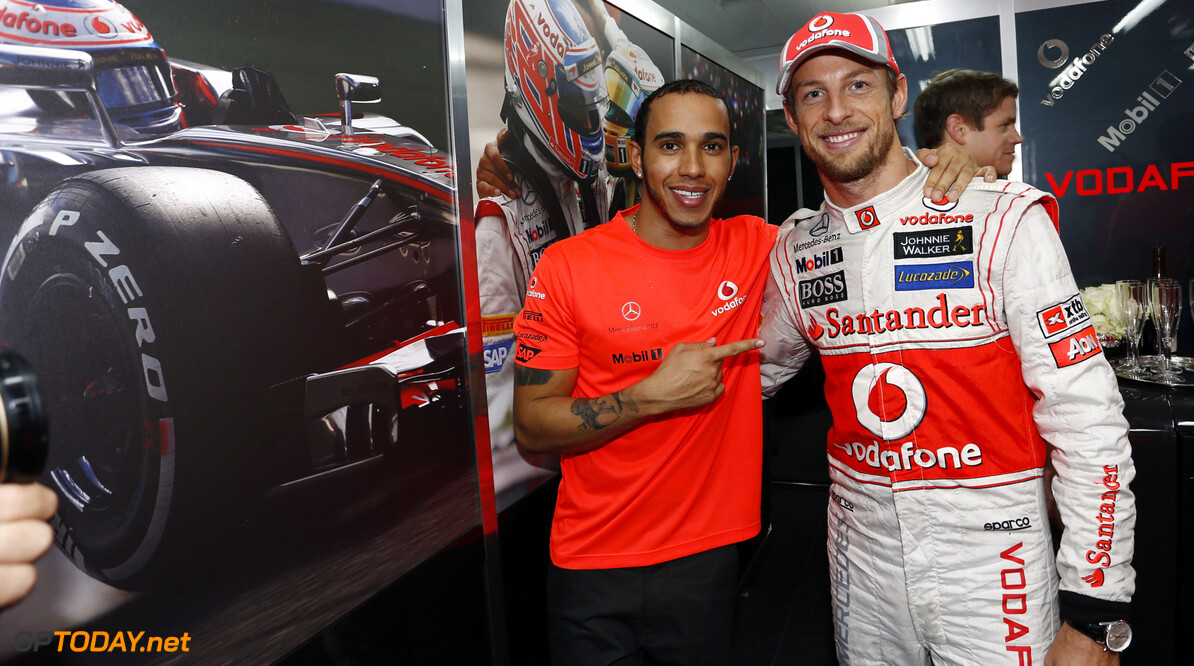 Jenson Button has warned Nico Rosberg to be ready for Lewis Hamilton's speed. After Button was paired with his younger countryman at McLaren between 2010 and 2012, the Briton and 2008 world champion Hamilton is now heading to Mercedes.

German Rosberg's teammate in the same three-year period was the great Michael Schumacher. "I think he (Rosberg) will be a little surprised by his (Hamilton's) speed," Button is quoted by France's autohebdo.fr. "I know they have been teammates in the past, but I think it will be a surprise for him to see what Lewis can do with a bad car."

F1 great Sir Jackie Stewart, however, has a different view, wondering if Hamilton will do as good a job for Mercedes as Schumacher did. "Schumacher was an entirely different animal," the Scot is quoted by the Sun. "He was completely focussed on F1. It was the only thing in life he did. Lewis has a lot of other pursuits -- some no doubt a distraction. Lewis' management team will want to prove they can earn him more money with outside things. But the more contracts he has the more work he has to do for them which takes up time," added Stewart.

According to David Coulthard, however, Mercedes was right to split with 43-year-old Schumacher and sign Hamilton. "Jenson told me that Michael has lost none of his speed," the Scot is quoted by Speed Week. "I'm not so sure. Look at Rosberg -- is he faster than Michael was in his prime? That's hard to say."

Indeed, Coulthard thinks Schumacher will not even be missed. "I think it will be just as it was with other drivers before him. Who wondered in 2012 about Jarno Trulli and Nick Heidfeld? No driver is greater than formula one," he insisted.

A survey commissioned by the SID news agency claimed 70 per cent of the German population believes Sebastian Vettel can one day surpass Schumacher's record of seven titles.