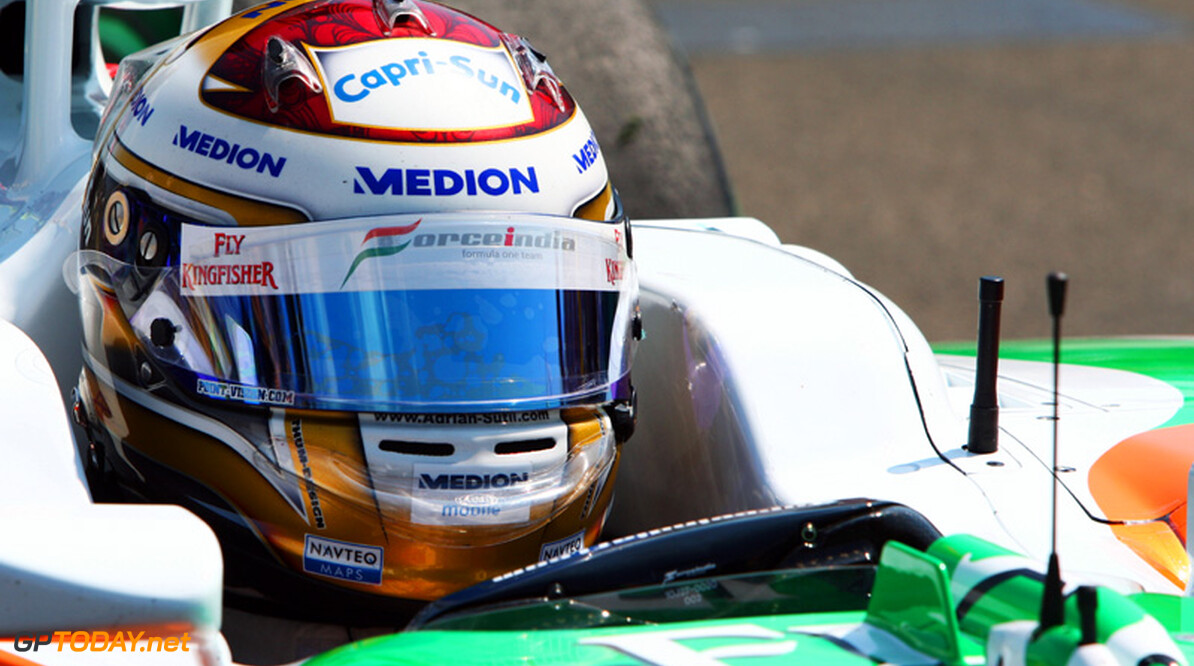 Force India is set to announce the identity of Paul di Resta's 2013 teammate. The Indian news service IANS said that although the official announcement has been delayed, the Vijay Mallya-led team is finally almost ready now to make the call.

"The announcement should take place next week," a 'top source' at the Silverstone based team was quoted saying late last week. "Adrian (Sutil) looks the best bet to partner di Resta as he has got the required experience in formula one. At the same time, Mr Mallya also considered all other available options," the unnamed source added.

It is believed the others under consideration are Kamui Kobayashi, who has been raising funds through a fan website, and the sponsored Brazilian Bruno Senna. The source said Force India's Ferrari-linked 2012 reserve driver Jules Bianchi is not experienced enough to seriously compete with German Sutil for the seat.

As for Force India's existing 2012 driver di Resta, the source commented: "He was always expected to carry on. He has delivered so far and it makes sense to retain him." (GMM)