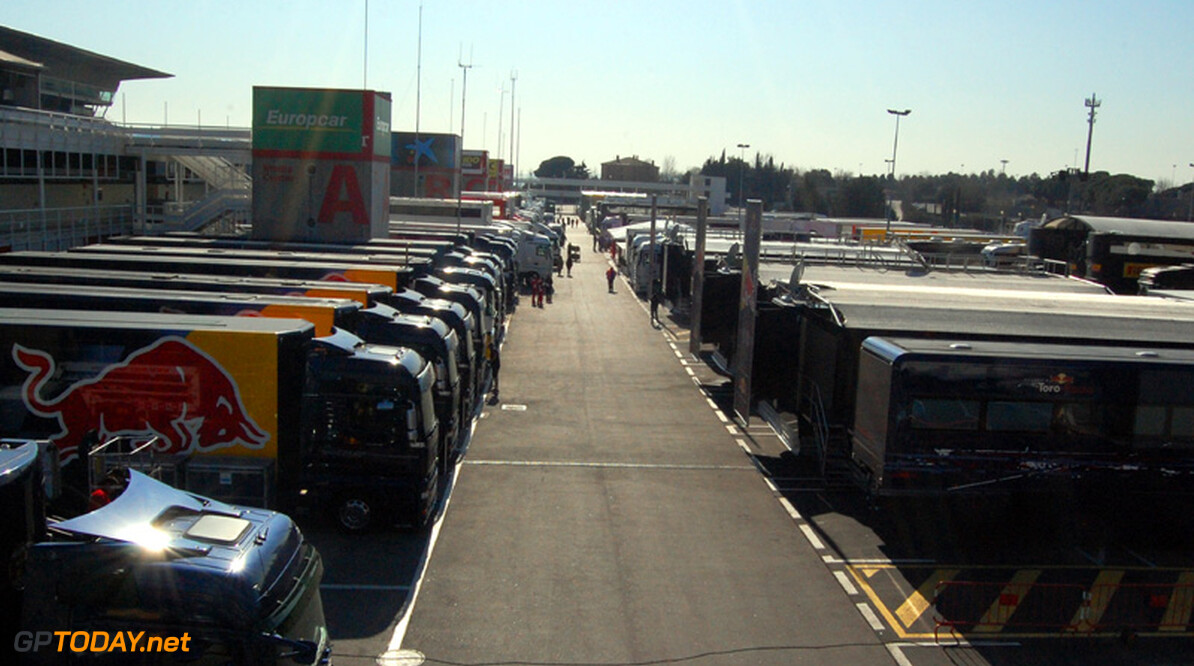 Spain to host all three winter tests in February and March

There will be three pre-season tests prior to the 2013 season, reportedly all in Spain. Peter Sauber revealed last week that the Swiss team's 2013 car, the C32, will be launched on the first day of official pre-season group testing next February 5, at Jerez.

The Italiaracing website said that will be a four-day schedule at the southern Spanish venue, before Barcelona hosts the second test of the winter period between February 19 and 22. Barcelona will also host the third and final pre-2013 season test, again over four days, beginning on February 28. The venue, Circuit de Catalunya, confirmed the news. The third test will conclude on 3 March, precisely two weeks before the 2013 championship kicks off in Melbourne. (GMM)
F1 News Sauber
<< Previous article Next article >>
.