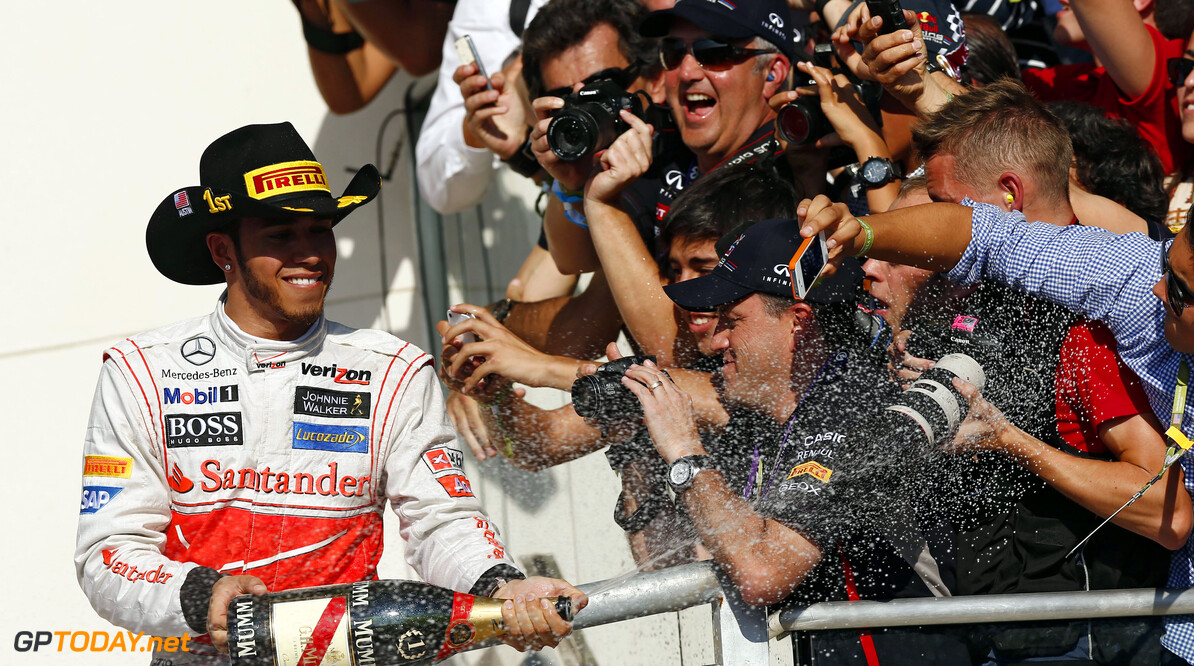 Ron Dennis did not attend a farewell party for Lewis Hamilton last week in Austin, and he will not be in Brazil for his former protege's last race for McLaren. The news adds to the perception that Briton Hamilton - who was nurtured through his formative years by the McLaren supremo and brought into F1 in 2007 - has fallen out badly with Dennis over the 27-year-old's Mercedes switch.

Referring to a farewell party in Austin last weekend, Daily Mail journalist Jonathan McEvoy wrote: "Dennis instead chose to attend what a team spokesman described as 'an important cocktail reception hosted by Exxon Mobil executives at which he was guest of honour'." But after Hamilton won the US grand prix, Dennis refused to wear McLaren's customary 'rocket-red' victory t-shirt.

And the 65-year-old "has decided not to travel to Sao Paulo for Hamilton's farewell race", McEvoy revealed. Dennis said in Austin last week: "Obviously the media thinks there's some issue between Lewis and I -- there's absolutely no issue between us. Sometimes the circumstances in a relationship don't balance, don't match," he told the British broadcaster Sky.

But there are rumours Hamilton and Dennis fell out very badly over the negotiations for a new driving contract for 2013 and beyond. "I do know what has happened," an unnamed 'senior figure' told the Daily Mail. "Everyone makes mistakes and Ron made a mistake. Everything went pear-shaped and I don't think it would be fair to say any more than that."

A McLaren spokesman responded: "Ron and Lewis plan to get together socially in the near future, as they've both said a number of times recently." (GMM)