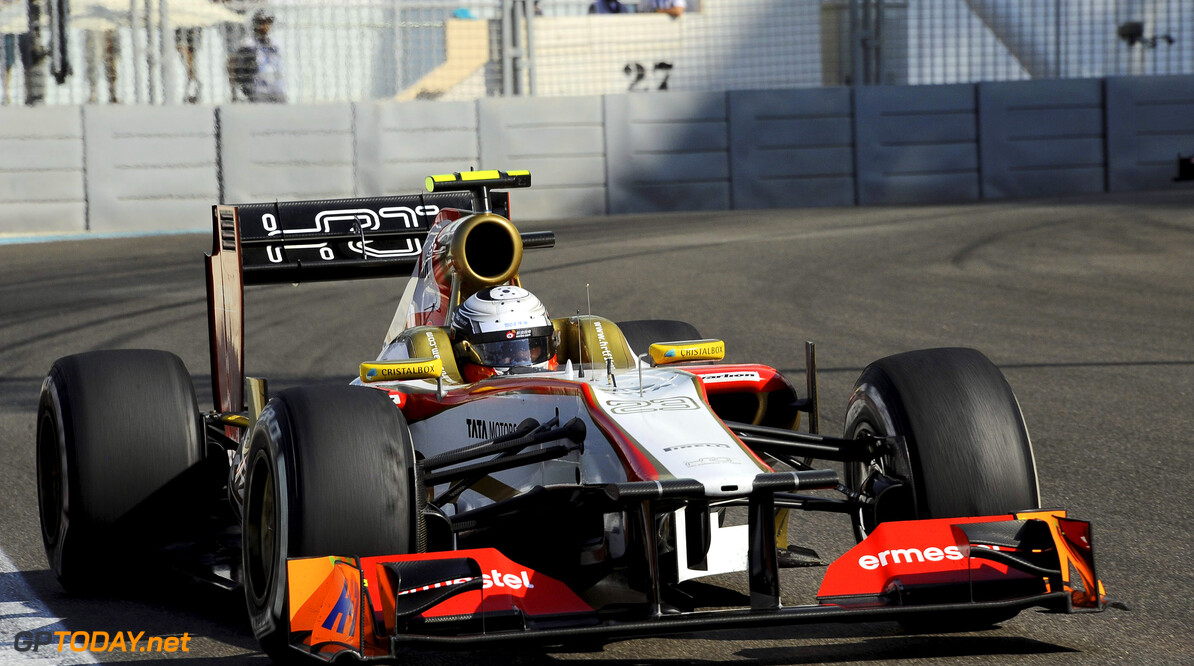 The current owners are seeking EUR 40 million for the struggling backmarker HRT, according to the Spanish sports daily AS. The newspaper also revealed that talks with potential buyers from India and Abu Dhabi are underway. HRT, currently owned by Madrid based investment company Thesan Capital, confirmed this week that "the time has come for the team to continue growing with new financial backing". Media reports suggested HRT was in the process of sacking 32 employees, and needed a buyer before the first days of December to avoid closure.

AS claims that the situation inside the team has become dire, to the point that engineers are concerned that Pedro de la Rosa and Narain Karthikeyan are being put into grands prix at the wheel of unsafe HRT cars. Indeed, at the most recent grands prix in Abu Dhabi and India, Karthikeyan and de la Rosa respectively retired in spectacular style with fundamental technical failures. De la Rosa crashed due to brake failure, while Mercedes' Nico Rosberg was sent airborne when Karthikeyan slowed because his steering wheel "locked solid". "Narain told me that his steering broke," said Rosberg, "and he needed to brake which I didn't expect in a high speed corner."

AS suggests that HRT has considered simply withdrawing from the 2012 championship, but is pushing ahead for now due to its commitment to the Concorde Agreement. According to the report, HRT was hoping its association with Chinese reserve driver Ma Qinghua would bear fruit. Chief executive Saul Ruiz de Marcos reportedly wrote a letter to China's motor racing federation, saying Ma would make his F1 debut in 2013 if he could bring EUR 30 million in backing. (GMM)
F1 News Nico Rosberg Mercedes HRT
<< Previous article Next article >>
.