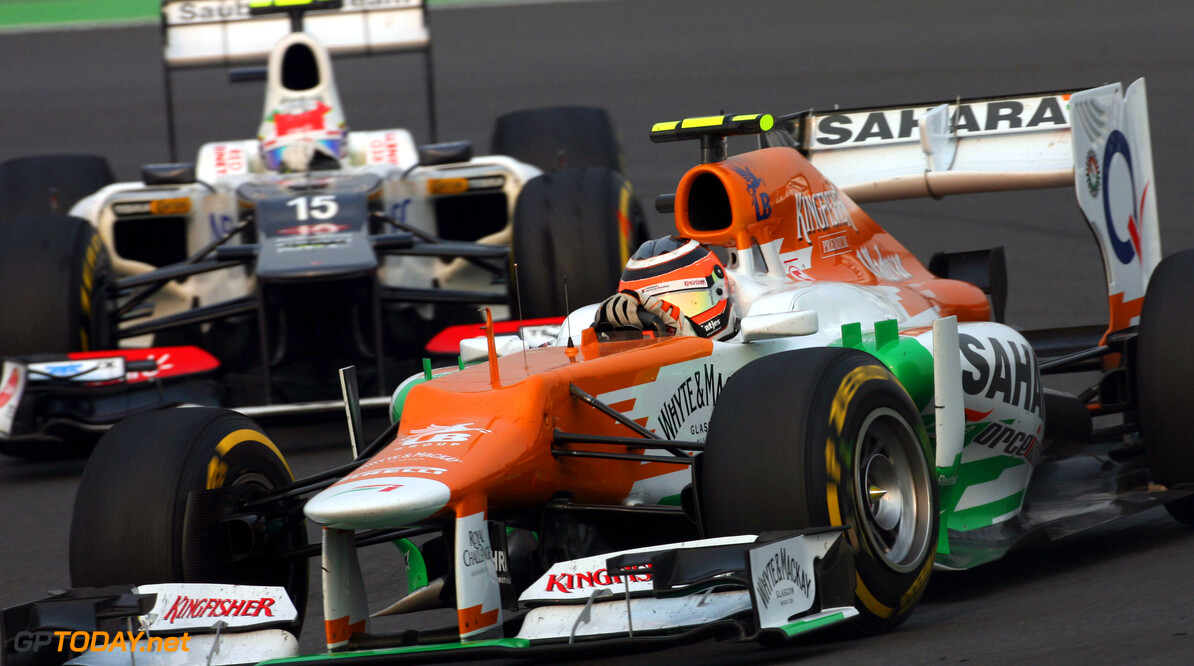 The contenders are lining at the door to fill Force India's vacancy for 2013. With Nico Hulkenberg switching to Sauber, there are plenty of suitors for the seat alongside Paul di Resta.

Spain's Marca sports daily said Pirelli tester Jaime Alguersuari has been offered a drive by BMW to race in the DTM touring car series next year.

"But he is exhausting his options to get into a F1 car next year before considering the proposal," read the report.

Another contender is Force India's current reserve driver, Jules Bianchi, who practiced in the team's 2012 car during Friday practice in Abu Dhabi.

"This was the first time that I was so close to him," the Nicolas Todt-managed driver, referring to Hulkenberg in the sister car, said after Friday's running.

"It is positive and a good time to get a good result.

"I know there are many other drivers who want to be in the team, but I think they (Force India) are happy with me and we'll see what they decide," he is quoted by L'Equipe.

Also linked with the 2013 drive have been Adrian Sutil and Sebastien Buemi.

With a bigger hatful of sponsors, however, is Bruno Senna, and according to Finland's Turun Sanomat, Williams last week allowed the option on his current contract to lapse.

Yet another contender is Brazilian GP2 driver Luiz Razia, who is also sponsored. "If I had no sponsors, I would pack my bags and go home now," he told Radio Globo. "To debut on a good team like Force India would really accelerate the process of coming to a really good team in two or three years." (GMM)
F1 News Force India Williams Pirelli Sauber
<< Previous article Next article >>
.