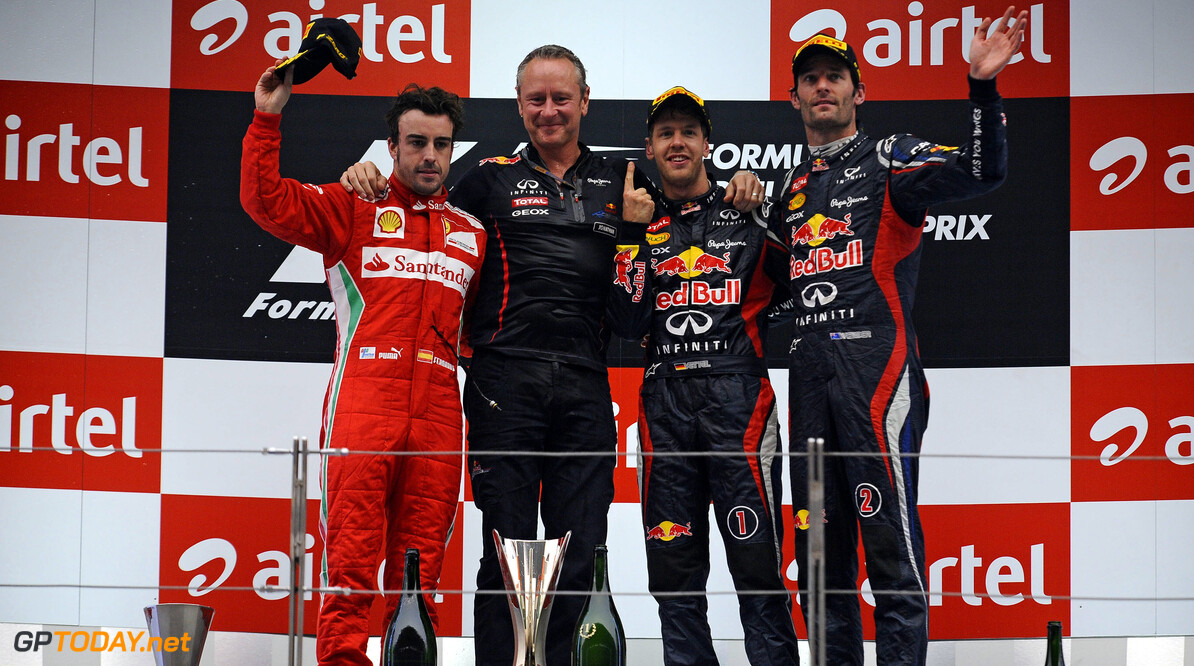 Experts doubt 2012 title to go down to the wire

Bruno Senna hopes the battle between Fernando Alonso and Sebastian Vettel for the 2012 title goes down to the wire in his native Brazil next month. But he doubts it. "I hope it does (happen) so that we can have some fun there," the Williams driver is quoted by Brazil's Totalrace, "but it's difficult. "Red Bull has a very big advantage," added Senna.

In fact, he thinks Ferrari's deficit to Red Bull could be even bigger this weekend in Abu Dhabi. "In India, the advantage is somewhat minimised because it's a track with less limitation for the rear," said the Brazilian. "But when you get to a track like Abu Dhabi, they (Red Bull) will have a very good performance."

Gary Anderson, a former F1 technical chief turned broadcaster, agrees that Red Bull and Vettel are very much the championship favourites. "I don't know how Ferrari will pull it from nowhere to overtake Red Bull's pace of development," he is quoted by German-language Speed Week. "Especially as Red Bull will also have new things on their car in Abu Dhabi."

Austrian great Niki Lauda agreed this week that the title is now "almost impossible" for Spaniard Alonso to win. Alonso, however, said nothing has changed. "It's been like this for a good part of my career, and yet people say good things about me, that I am considered one of the best."

He told Totalrace that the key to Vettel's resurgent title challenge has been Adrian Newey. "I don't think Sebastian and Mark (Webber) have improved their driving since Singapore, yet suddenly they are always first and second.This means that the car they have now is so superior that they can even afford to make a mistake; they have that margin. But we (Ferrari) will work hard so that they don't have it in the three remaining races," Alonso insisted.

The Spaniard's former McLaren nemesis Lewis Hamilton, meanwhile, clearly agrees with the paddock sentiment about Alonso being at least the 'moral' champion of 2012. "In my opinion," the Briton is quoted by Spain's El Confidencial, "he is a three or four times world champion already." (GMM)