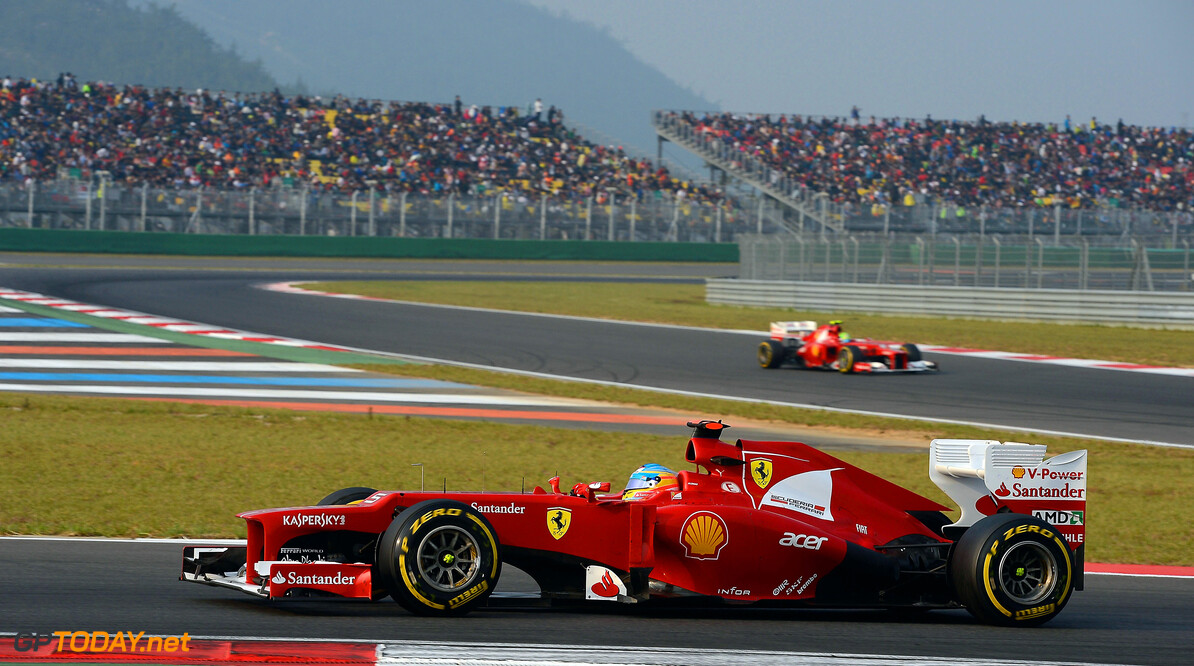 Ferrari raced an all-new Red Bull-style exhaust on only Felipe Massa's car in Korea last weekend, according to the Spanish newspaper 20 Minutos. The news would explain the Brazilian driver's better pace than teammate Fernando Alonso in the sister F2012, and also the Spaniard's confidence that he is still in the running to beat Sebastian Vettel to the title despite a new 6-point championship deficit and Red Bull's recent dominance.

Indeed, 20 Minutos claims Alonso will be running the Massa-specification on his own red car next weekend in India. The report also said Ferrari is working hard in former F1 team Toyota's state of the art Cologne wind tunnel on a so-called 'double DRS' straightline speed-boosting system. "Hopefully we make a little bit of a step in terms of performance and then we can fight for bigger things," Alonso, having finished third behind both Red Bulls, said before leaving Korea last Sunday.
More about Ferrari


Team boss Stefano Domenicali added: "It is clear that we must make a step forward in performance to respond to the one made by Red Bull. We are well aware of that and we are working day and night to succeed." (GMM)
F1 News Fernando Alonso Felipe Massa Sebastian Vettel Ferrari ART
<< Previous article Next article >>
.