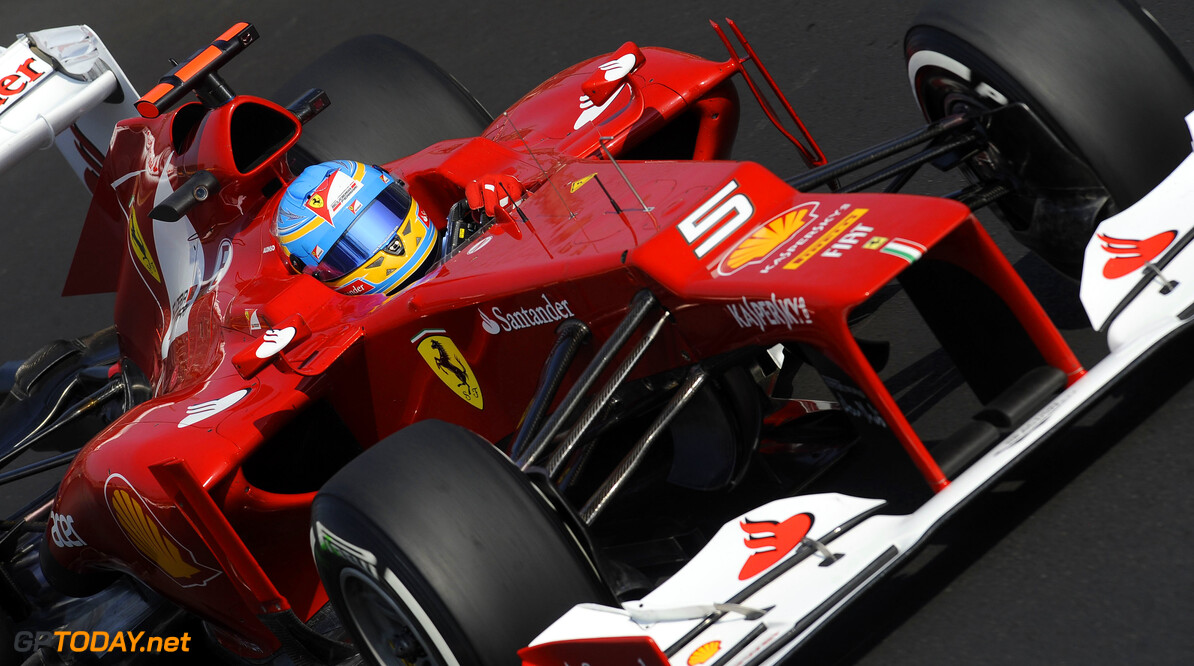 Fernando Alonso is clearly the standout driver of the 2012 season so far, two of his peers have explained. Narain Karthikeyan, who usually brings up the rear of the field in his HRT, said the championship leader has performed above the level of the Ferrari.

"Alonso is pulling out something much more than what that Ferrari is capable of," the Indian told the PTI news agency. "He is thinking a lot about it. Whether is wet or dry or whatever, he is still doing a tremendous job. In the races he knows he can't win he is (still) taking away huge chunks of points from his rivals. He is 37 points ahead of his closest rival Lewis (Hamilton) and it will be hard to stop him," added Karthikeyan.

Also backing Alonso for 2012 glory is his former rival and friend Robert Kubica, who has returned to the public eye after a 19-month recuperation from injury. "It's a very interesting championship," the Pole told Italy's Omnicorse. "It's difficult to read because the balance of power has been changing often, but there has been one driver who has made the difference with something other than the best car."

"Fernando (Alonso) showed from the first race that he has the edge over all the others, because he is maybe the only one able to make a difference even with an uncompetitive car. He's the favourite," said Kubica. "He's out of this world and I don't see any big rivals for him. Knowing F1, we can't say that the season is decided already, but if there is no car that is much better than his, then I think Alonso is 80 per cent sure (to win)," added Kubica. (GMM)
F1 News Fernando Alonso Ferrari HRT
.