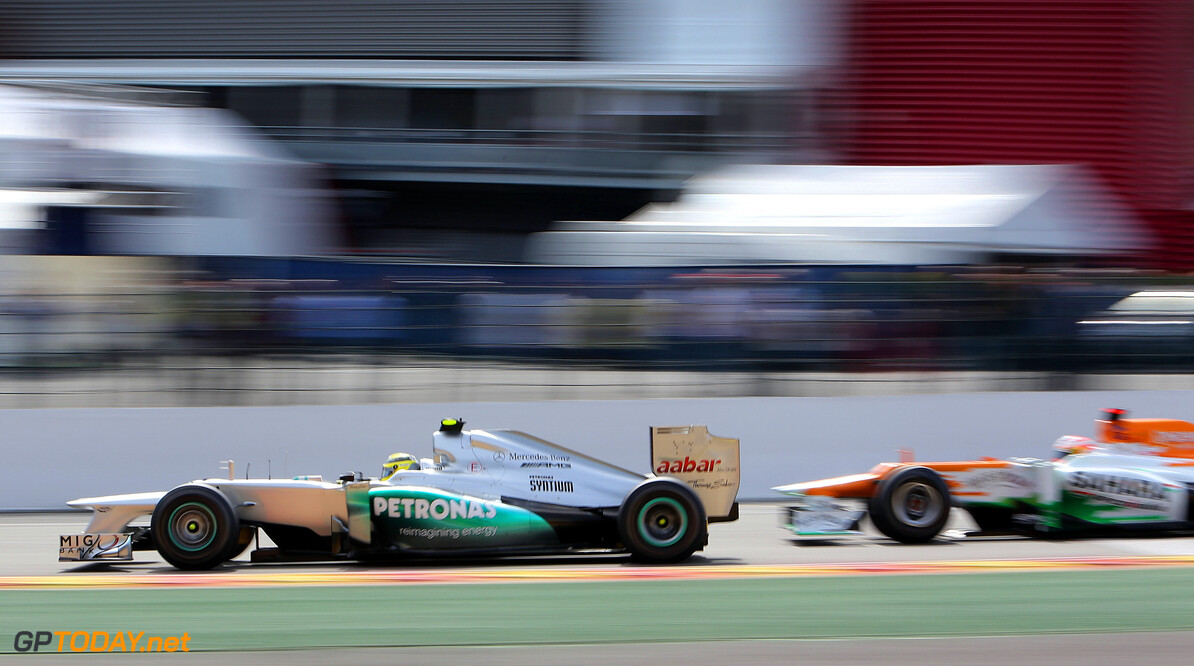 Mercedes gave its new 'triple DRS' system a second outing at Magny Cours on Tuesday. During the recent Belgian grand prix weekend, we reported that the German squad had upped the ante on its innovative 'double DRS' concept of 2012 by testing what could be described as a 'triple DRS' iteration.

Mercedes pioneered the straightline speed-boosting idea, but at recent grands prix Lotus has been trying to get a development of the concept up and running. The 'triple DRS' is Mercedes' answer to the Lotus development. Asked how it works, team boss Ross Brawn smiled at Spa: "We'll leave that up to everyone's imagination."

Auto Motor und Sport explained that the system is able to shed drag from three separate areas simultaneously, at both the front and the rear of the single seater. "Neither in Spa nor at Magny Cours was the system complete," read the German report. As the young driver test kicked off at Magny Cours on Tuesday, test driver Sam Bird was at the wheel of the updated W03, also featuring a new 'Coanda' exhaust for the first time. (GMM)
F1 News Mercedes Lotus F1
<< Previous article Next article >>
.