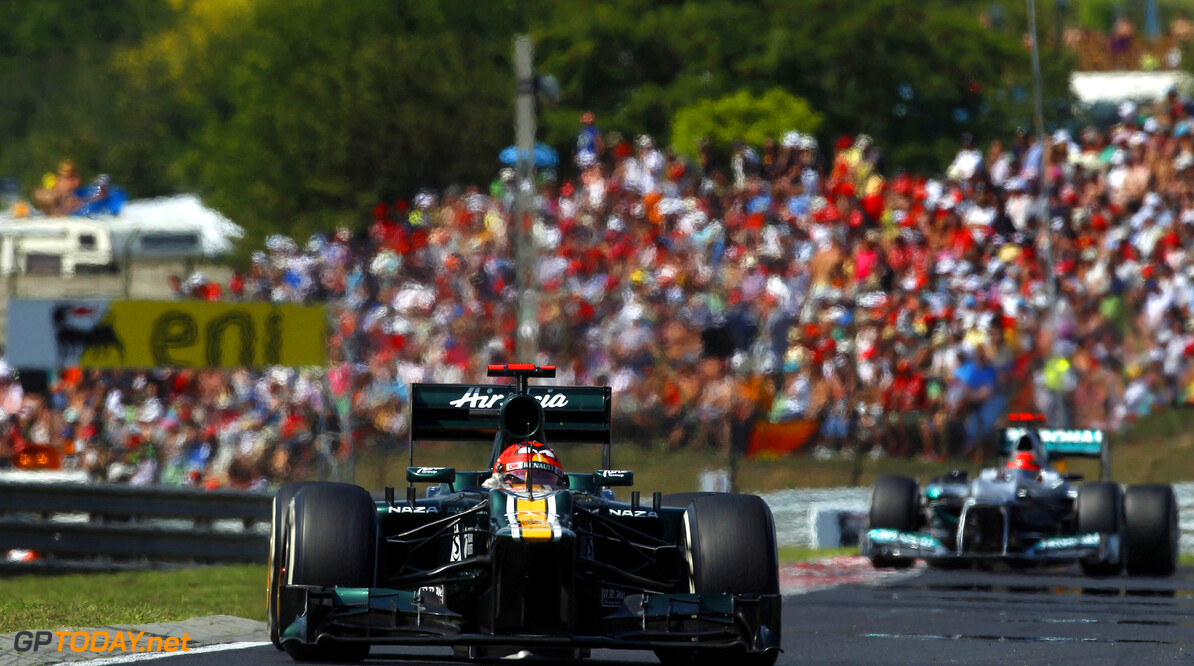 With Lewis Hamilton, Felipe Massa and Michael Schumacher corking up the driver market, the notorious 'silly season' just keeps getting sillier at Monza. Almost every possible permutation of driver/team combination has been whispered on the asphalt behind the Autodromo's pits, and the latest is that Lotus could have two Finns at the wheel in 2013.

That would mean the currently-banned Romain Grosjean is ousted, with Caterham's Heikki Kovalainen to team up with Kimi Raikkonen next season.

Kovalainen is denying nothing. "I don't have a problem to race with anyone," he told the MTV3 broadcaster, "so I don't think it would be a problem to be with another Finn, but at the same time it's pointless to speculate."

Kovalainen has also been linked with Ferrari. "I've heard all the rumours, but at this stage I have nothing more to say," he insisted. "Managers do their work and when they have something to tell you, they will tell you," he added coyly.

It has also been rumoured at Monza that Lotus' Kimi Raikkonen could return to McLaren next year to replace Hamilton.

Mika Salo, a former Finnish F1 driver turned commentator, doesn't think so. "Kimi is with Lotus. He is very happy there," he said.

Salo has also heard the rumour linking Kovalainen with Lotus. "The information is from a reliable source on the inside," said the former Ferrari and Toyota driver.

Still, he thinks it's unlikely Lotus will part with Grosjean, given his close relationship with the team's boss Eric Boullier.