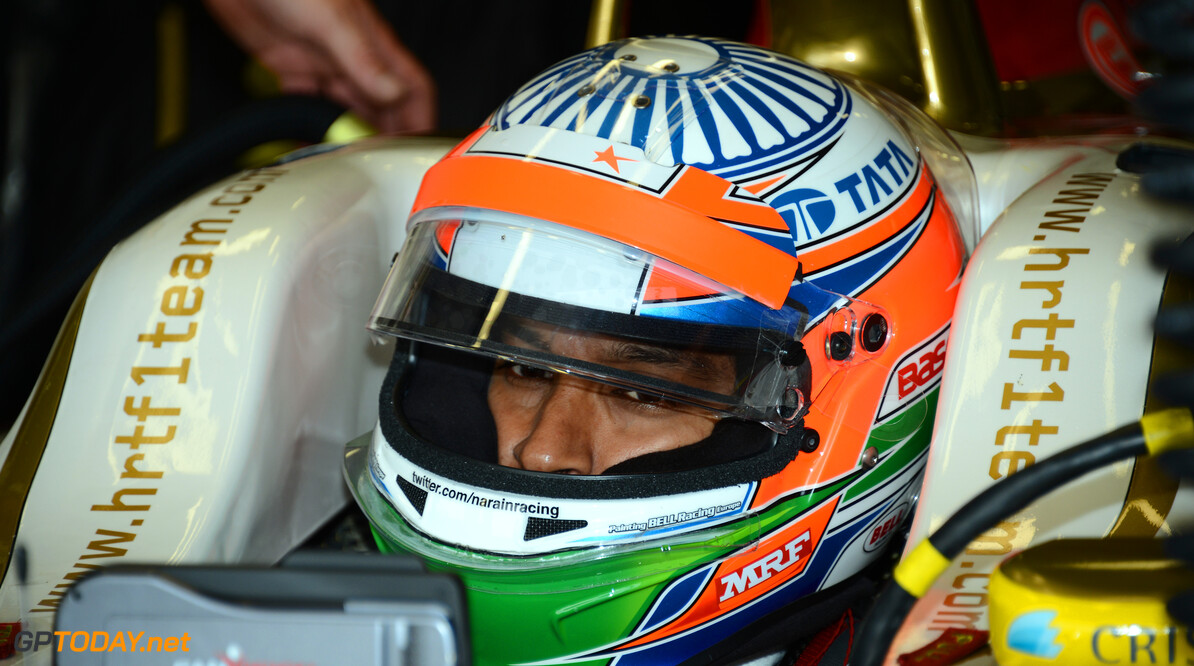 Narain Karthikeyan insists he does not regret sticking with F1 backmarker HRT. The Indian was ousted by the formerly Colin Kolles-led outfit last year but rehired by its new management for 2012. However, his return got off to the worst-possible start in March when both he and teammate Pedro de la Rosa failed to qualify in Australia.

"It was a low point as I never thought I would be a spectator in Melbourne," Karthikeyan, 35, told the Deccan Chronicle newspaper. "But I never regretted the decision to continue with HRT," he insisted. "The team used to work like a GP2 outfit, but a change in the management has showed that they belong in formula one."

Indeed, the now Luis Perez-Sala-led Spanish outfit looks set to overtake rival Marussia at the back of the field, but Karthikeyan's progress has been less steady, out-qualified by de la Rosa on every occasion so far in 2012. He insists he has been "really unlucky" and made some errors with tyre management.

"Another setback was missing crucial track time in the free practice sessions," said Karthikeyan. "I had to make way for our reserve driver Dani Clos in Barcelona and Silverstone. Again I am sitting out during Friday's FP1 this weekend," he added.

Karthikeyan said matching up against de la Rosa has been a tougher task than beating his former teammate. "It was much easier to compete with my previous teammate Vitantonio Liuzzi than Pedro de la Rosa who comes with a rich experience of working as a McLaren driver," he said.

Whether he can hang on to the seat for 2013 is therefore an open question. "Formula one is a complicated business," said Karthikeyan, "but I would love to remain with HRT as I am very comfortable dealing with this management. I know the team's plans for the 2013 car and it's expected to be much more advanced. So I am excited about it." (GMM)
F1 News McLaren Marussia HRT
.