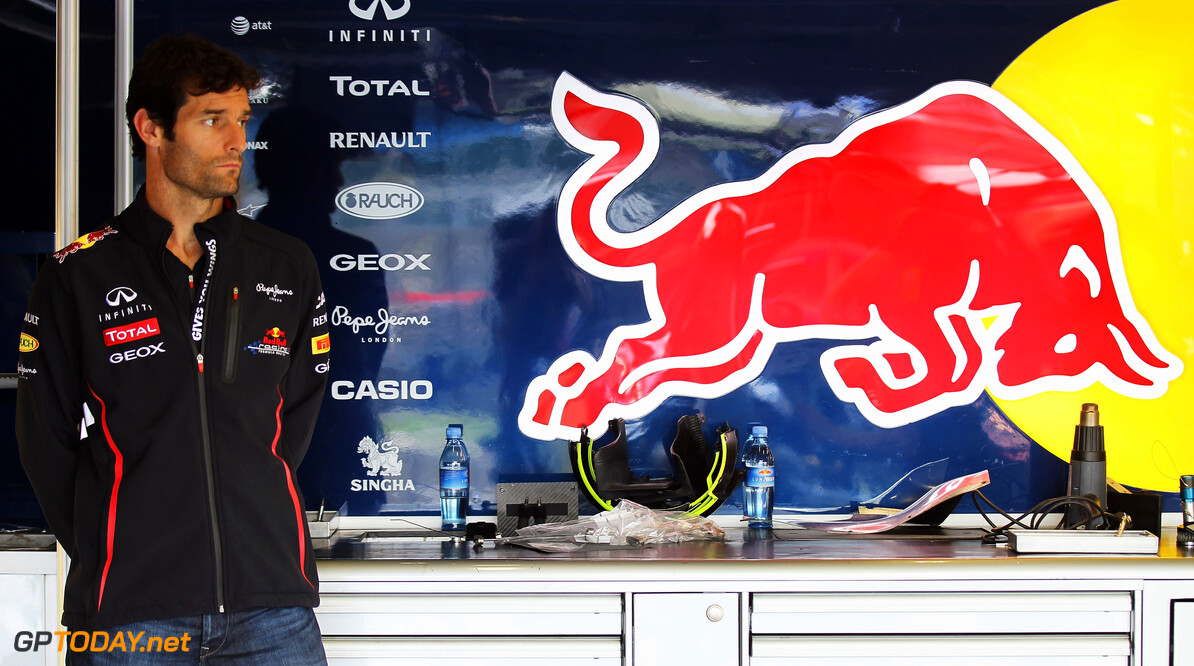 Q&A with Mark Webber: "I had discussions with Ferrari"

Was signing with Red Bull Racing for 2013 an easy decision?
Webber: "In the end, yes it was. It's been an interesting few months, but overall the continuity and desire for me to continue at Red Bull Racing was very strong. My main focus is on this year's Championship, which is very important. In addition it's an amazing bunch of guys and girls at Red Bull Racing and I really, really like working with them. That has a huge effect on me and how I perform in the car and it helped me in my decision."
More about Ferrari


You mention the people, what else is it that you like about the team and Red Bull?
Webber: "Well, we have gone through plenty together here. We went from the days when Red Bull had not long owned the team to what it is now. The team really changed when we started to get successful, in terms of getting the balance right between being extremely professional on all fronts to still keeping that laid back and approachable attitude that the team still has within reason. It is just one nice big family now in many ways and we have grown so much. We've come a long way and I think its clear that I fit well here and that's what I really like about it."

Were you tempted to think about moving elsewhere?
Webber: "There were discussions with Ferrari, but my decision was to stay here."

What's the benefit of staying with Red Bull Racing?
Webber: "I virtually know everyones shoe size! I know everyone's names, I know how everyone ticks and I know all the departments which is very, very important for a driver. There's a whole raft of factors."

And how is working with the team and with Sebastian (Vettel)?
Webber: "Very good. Obviously with Seb, we've worked very, very close together for a long period of time now. I think no-one would really have envisaged how long we have worked together, so that's probably been a bit of a surprise. There are not many team-mates staying together for that long in Formula One, but its proved to be a successful partnership with both of us working very hard with the key technical members of the team. It's been a potent operation. We're still competitive when we hit the track, no question about it, especially in 2010 and this year. Last year there wasn't much racing between Sebastian and I, but in 2009, 2010 and this year, there have been some great battles. That's been enjoyable for the team, sometimes stressful too as its not easy for both of us to be at the front and I can understand that, as both of us are thinking about ourselves sometimes, but ultimately we know that we need to get the cars home and get the best results for us and the team."

Does it help to have contracts sorted earlier in the season?
Webber: "Yes it does and that's another reason to just get it to bed. I've been hearing different rumours and reasons for a long time now. At the end of the day I know everything that has been going on. You want to make sure your focus is clearly on driving the car and the guys that you're working with. It's important the team knows youre 100% with them, which, of course, I am."

Will 2013 be your last season in F1?
Webber: "I've been asked this question for the past four years and my answer remains the same. Its a results-based sport at the front of the grid so the future lies in my own hands. It's down to me to deliver the on-track results."
F1 News Red Bull Racing Ferrari
<< Previous article Next article >>
.