Column: An open seat at Renault - what's in it for Alonso?

Fernando Alonso has made no secret about his desire to become the best racing driver in the world. With two Formula 1 world titles and two 24 Hours of Le Mans wins under his belt, Alonso’s position towards the top of the rankings remains largely undisputed.

F1's Silly season has erupted following Ferrari’s announcement that Sebastian Vettel will leave the team at the end of 2020, which has had a domino effect for the 2021 whereabouts of Carlos Sainz and Daniel Ricciardo.

The rotations have left a vacancy at Renault and attached with that seat come rumours of a return for Alonso, over two years since his last grand prix with McLaren. 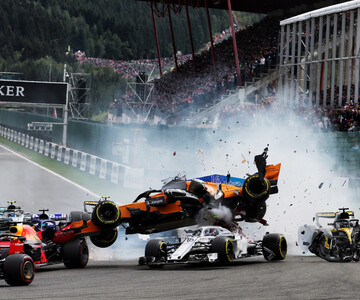 It was those McLaren days that brought about much frustration for the Spaniard, as he was only able to compete in the midfield pack at best during his four-season post-Ferrari stint, spanning the years 2015 to 2018.

Alonso’s manager Flavio Briatore recently said that the 38-year-old is now “detoxed” and is ready to make the return to the F1 grid.

The only realistic option available to Alonso for 2021 is Renault who will likely be keen to restore some face after losing its superstar in Ricciardo to rivals McLaren.

What’s disconcerting for Renault is the step backwards it appeared to take in 2019, when its path of trajectory was knocked off course and McLaren took the place as the most impressive midfield outfit.

With Formula 1’s current model the way it is, any Renault project that Alonso could take on will not see him formulate success in the short term.

The risk seems to have added weight when the memories of what happened at McLaren are still so fresh. When he joined the team for the second time in 2015, it was to win titles. To not come away with a single podium result after four years was shattering.

The burning question is: what does Alonso need to achieve in order to be recognised as the best in the world? There is no real tangible way to measure who the greatest driver in the world is – there are simply too many ‘ifs’ and ‘buts’ that can’t be added to accurate equations.

But Formula 1 is the most followed form of motorsport in the world, gathering a total global TV cumulative audience of 1.92 billion in 2019. It has the fastest cars, the most advanced technology and the championship is seen as the crown jewel of motorsport prizes. 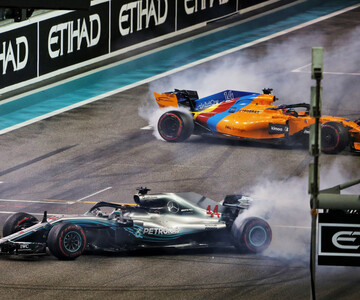 Alonso already has two of these titles, but both of them came over 14 years ago, and since then, Sebastian Vettel and Lewis Hamilton have arrived and collected trophies to steal to spotlight.

While Alonso never displayed any drop in pace or consistency in his latter years in F1, he wasn’t winning. And it’s extremely difficult to pull up praises for a driver when their car doesn’t allow them to take home big points.

And yet F1 is what keeps calling him back. Championship success once more in F1 is quite unlikely for him when taking into account what seats are available. But should it happen, wouldn’t it be one of the most memorable stories in F1 history?

To win a world title so long after another championship and doing it against all expectations would be momentous, for F1 and  Alonso.

A plunge back into F1 is always a risk, especially when expectations and goals are as high as they are for Alonso. But if he can weigh the negatives against the positives, and his luck turns around, then the comeback will allow him to bow out of F1 with more grace, more memories and above all - more success.