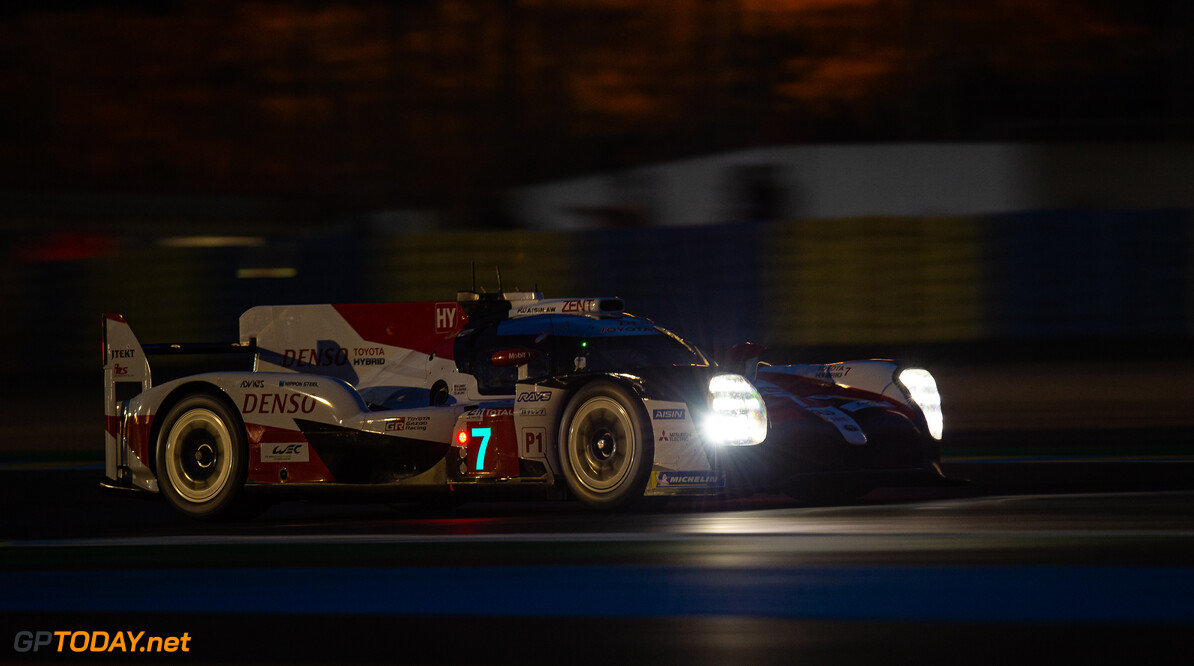 The fastest lap of qualifying was set in Q2 earlier in the evening by Kamui Kobayashi, who laid down a 3:15.497, which was four-tenths ahead of the #8 entry.

Toyota spent much of the session working on its long-run pace, with the set to get underway on Saturday afternoon. Behind Toyota, SMP Racing and Rebellion Racing set the third and fourth fastest times with the #17 car heading the #3.

Toyota predicted that SMP Racing would give it a challenge for pole position, however in the end, it was over six-tenths down on the pace.

The third row in the LMP1 class sees the second SMP and Rebellion cars, while DragonSpeed and ByKolles Racing completing the LMP1 grid the latter improving by six-tenths from Q2 to Q3.

Despite DragonSpeed's consistent impressive speed throughout qualifying, the team didn't manage to secure pole in the LMP2 class.

Although it improved by almost a second from the second session earlier on Thursday, Graff and TDS Racing managed to improve nicely to secure 9th and 10th overall, and the front row in their class.

Signatech Alpine Matmut improved only very slightly on its time and had to settle for fourth alongside DragonSpeed.

There were consistent gaps in the LMP2 class as roughly two-tenths to four-tenths separated each car all the way down to the #32 United Autosports car, who was 10th in the category.

The #32 car narrowly beat High Class Racing and Panis Barthez Competition to 10th, with just two-tenths of a second between the three cars.

In a thrilling battle for pole in the GTE Pro class, it was Aston Martin Racing that came out on top, with the #95 car improving its time by almost three seconds from Q2.

The car narrowly beat Ford Chip Ganassi Team UK to the class pole, with just over a tenth separating the two cars. Behind them, there was a big gap to Corvette Racing and Porsche, who were over seven-tenths down.

One GTE Am car went faster than a Pro entry, as the #89 Dempsey-Proton Racing machine pipped Risi Competizione.

Dempsey-Proton was delivered a hit earlier today when it confirmed that it would have to withdraw its #99 car following a heavy crash for Tracy Krohn on Wednesday during practice.

However, the #77 Dempsey-Proton car was the second fastest GTE Am entry, beating Gulf Racing and JMW Motorsport to a front row start in that class.