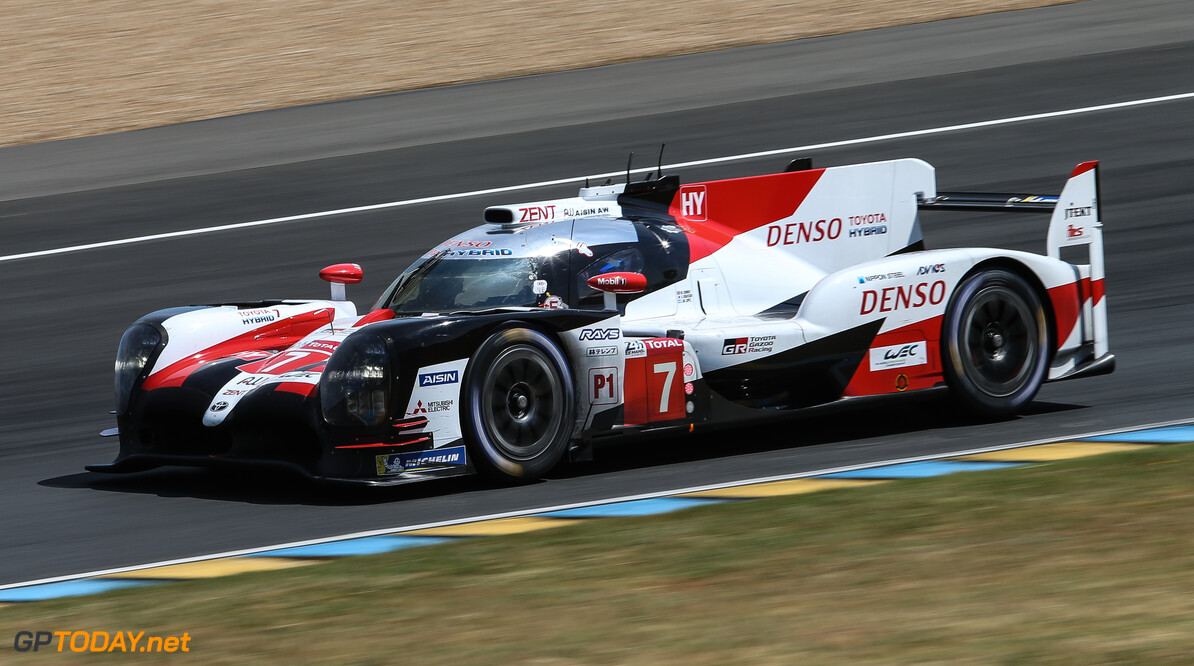 The #7 Toyota has ended the first qualifying session on top of the standings, while its sister car struggled during the session.

The #7 car set a 3:17.161 with Mike Conway at the wheel, but was involved in an extremely unfortunate crash with an LMP2 car.

The LMP2 DragonSpeed car, which ended that class in P1, spun with Roberto Gonzalez at the wheel during the session. Conway T-boned the car while Gonzalez was recovering to the circuit, forcing both to come back to the pits for repairs.

The #8 car struggled throughout the two hours, and was languishing down in P8 for most of the session - the slowest of all the LMP1 entries.

However, Fernando Alonso managed to improve the time in the final minutes, jumping it up into P4, although it remained 2.471 seconds down on the #7 car.

With the chance of rain coming for Thursday's qualifying sessions, the Q1 times may end up forming the grid for the start of the race which kicks off on Saturday afternoon.

SMP Racing, who Toyota believes will challenge it for pole should tomorrow's sessions go ahead, was second, as the #17 car set a time that just under half a second down on Toyota.

Ford Chip Ganassi Team UK managed to jump to the top of the GTE Pro timesheets in the final moments of the session, with Harry Ticknell moving to the top.

However, the team will have work on its hands as its other car found the barriers during the session.

Ticknell's time that moved him to the head of the GTE Pro class was only marginally faster than #93 Porsche GT team, as just three-hundredths of a second separated the two cars.

Dempsey-Proton Racing was the fastest in the GTE Am category, mixing it up with some of the lower placed Pro cars. However, the other Dempsey-Proton car in the Am class was the only entry not to set a timed lap during the session.