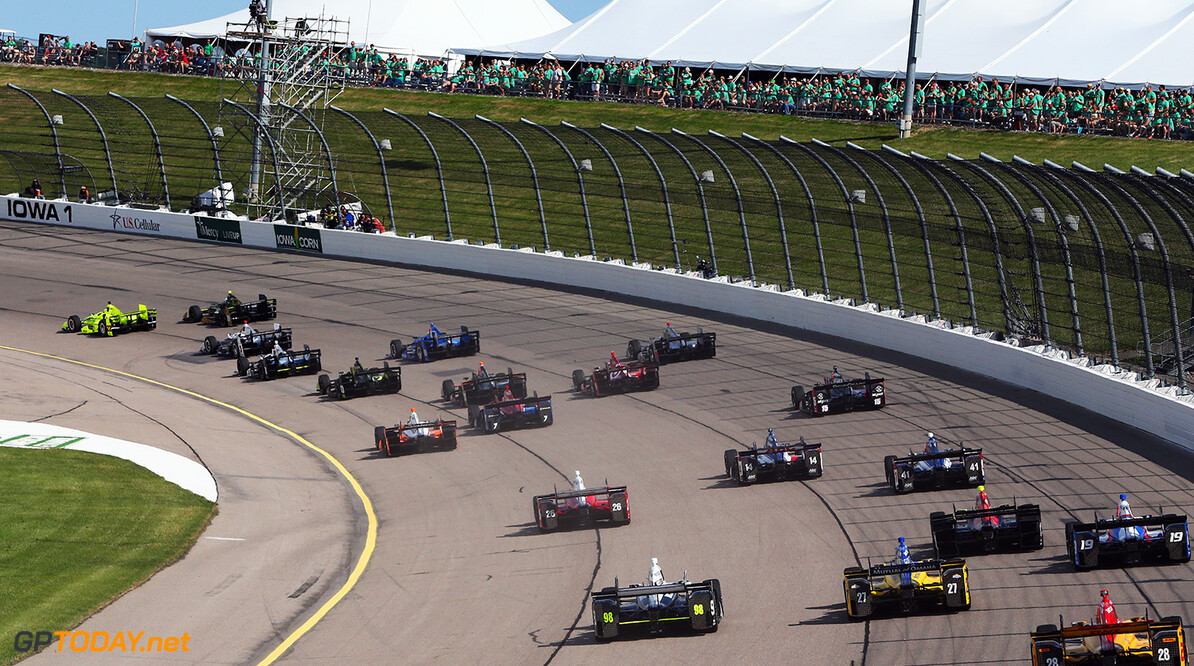 Takuma Sato has won the Indy 500 after starting from fourth on the grid. Sato wins the famous race for the first time, after battling with experienced Hélio Castroneves in the final number of laps. Before this event, Sato's best finish in the Indy 500 was thirteenth.

Sato says that he has been dreaming of winning the event since 22012, where he was involved in a winning fight before crashing out on the final lap: "It's beautiful, I dreamt of something like this after 2012.  With three laps to go it sunk in, that was the moment I had to go for it and we did it and pulled away. Fantastic!

"It's the best feeling. It's beautiful. I can't thank enough this team. Hopefully the crowd enjoyed it! With three laps to go I really didn't know but I just knew I had to go for it!"

Castroneves himself finished in second and was denied a chance to win his fourth Indianapolis 500, which would have been his fourth time winning at the Brickyard. Rookie Ed Jones drove a solid race to end his first 500-mile race in third.

"My little girl congratulating me is what makes me smile," said Castroneves. "I want to thank the fans. You guys saw, it was a little too hard for me today. Congrats to Takuma Sato - he bumped me a couple of times, I was like 'Wow this car is really unbreakable!' I really tried hard! I think I bent the throttle pedal, I was pushing that hard!

The Brazilian was almost eliminated early on when there was a huge shunt involving Jay Howard and Scott Dixon. Howard hit the wall and fired back onto the racing line, hitting Dixon who started from pole. The car flipped into the barriers violently, but luckily both drivers were okay.

Castroneves was behind the incident and drove underneath Dixon as the New Zealander flew through the air. He believed something was going to give but managed to get through the carnage unscathed.

"When I saw the 77 car bounce back, I thought something was going to happen. When I saw the car flipping, I don't know how I held on, I think it was the guy upstairs holding on for me. I want to thank my entire team. We fight together but it wasn't my day."

No feeling can match the feeling of winning the #Indy500 #INDYCAR #winnersdrinkmilk pic.twitter.com/mXd9QHal9N

Ed Jones meanwhile, dazzled throughout the month and topped it off by finishing in P3: "I had a great car underneath me. We were fortunate with the yellows at the end, it was tough and I didn't have the pace to beat Takuma or Helio. I think those guys trimmed out a lot as I struggled to stay with them in the draft at the end."

While much of the focus was on Alonso, and the Spaniard was in the battle for the win right up until the Honda engine in the back of his Andretti car failed, and he was forced to retire.

"The whole thing has been a nice experience," he said. "The racing was fun and I am glad to been here with the best racers in the business. It's early (to decide if he comes back) but I feel competitive and if I come back I will feel like I know what to expect so will use that next time. Thanks to Indycar because this has been one of the best experiences of my career."

Former Marussia driver Max Chilton lead the race as it headed into the final stages, but couldn't hold onto the position from the cars behind, and finished in fourth: It came strong as soon as I got out in front and I knew I was strong. I struggled hugely in dirty air so we dropped back to over a lap behind at the start. You need the luck to go your way here and it did for us, but the guys behind had the tow."