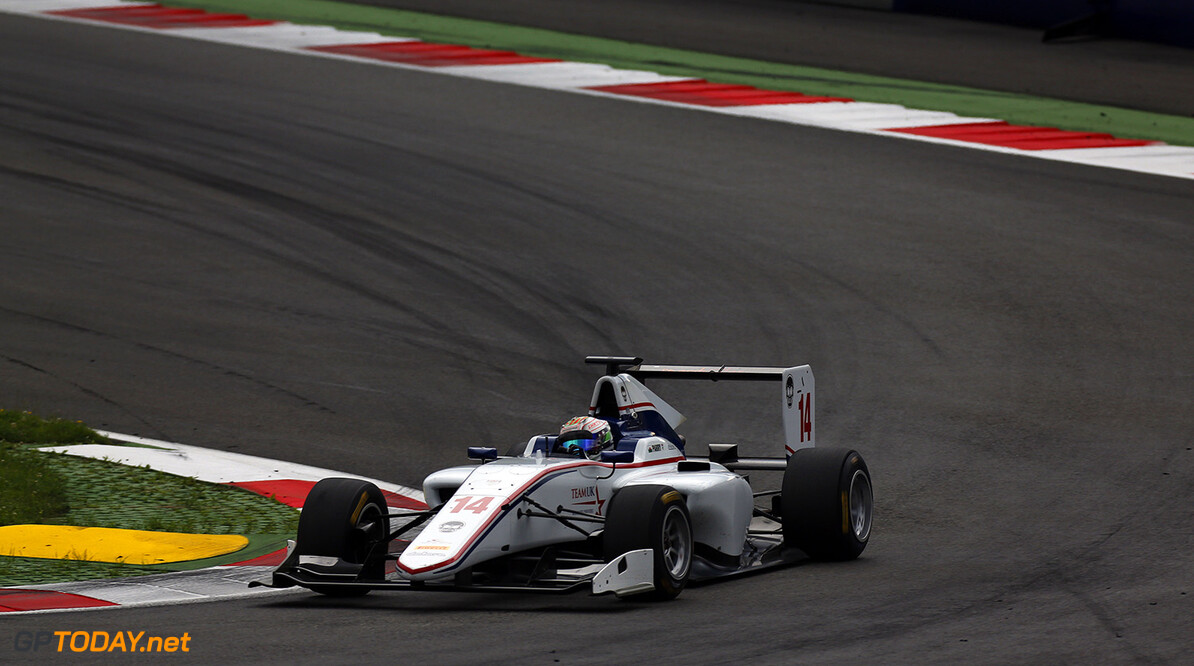 Matthew Parry has won the first GP3 race of the weekend after pole sitter Nyck De Vries was forced to start from the pit lane when he stalled on the starting grid.

Parry was kept honest all race by Antonio Fuoco who finished second two and a half seconds behind him. Arden driver Jake Dennis claimed the final podium spot.

Nirei Fukuzumi held off Ralph Boshung in the closing stages of the race as they finished fourth and fifth respectively.

Chalres Leclerc and Alex Albon finished sixth and seventh, with Arjun Maini in eighth and Jack Aitken and Kevin Joerg rounding out the top 10.