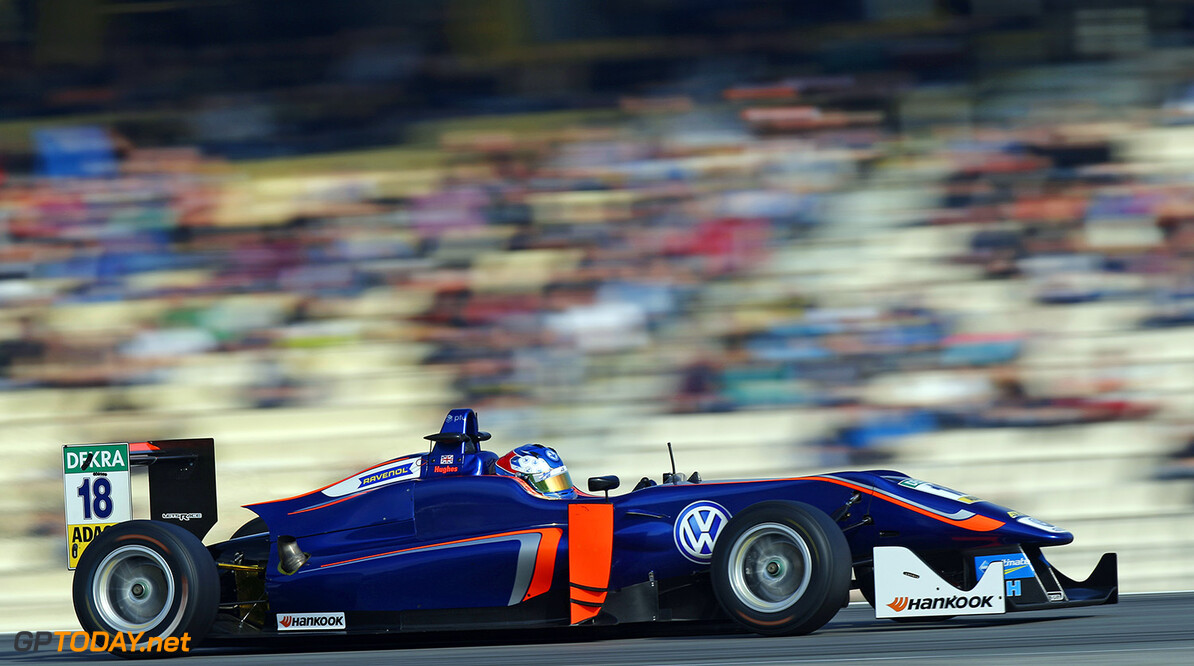 Jake Hughes has won the final race of the 2016 GP3 championship in Abu Dhabi.

Hughes started the race from second on the grid and took the lead going into turn one, pushing Konstantin Tereshchenko wide. Jack Aitken finished second, rounding out a double podium finish this weekend for the Briton

Nirei Fukuzumi was third, ahead of Jake Dennis in fourth. Alex Palou came across the line in fifth, ahead of pole sitter Tereshchenko in sxith.

Charles Leclerc, who yesterday was crowned the 2106 GP3 champion finished ninth and scored no points this weekend.

Similarly, championship contender Alex Albon scored no points this weekend as he retired from yesterday's race due to a collision with Aitken and today with Tatiana Calderon.