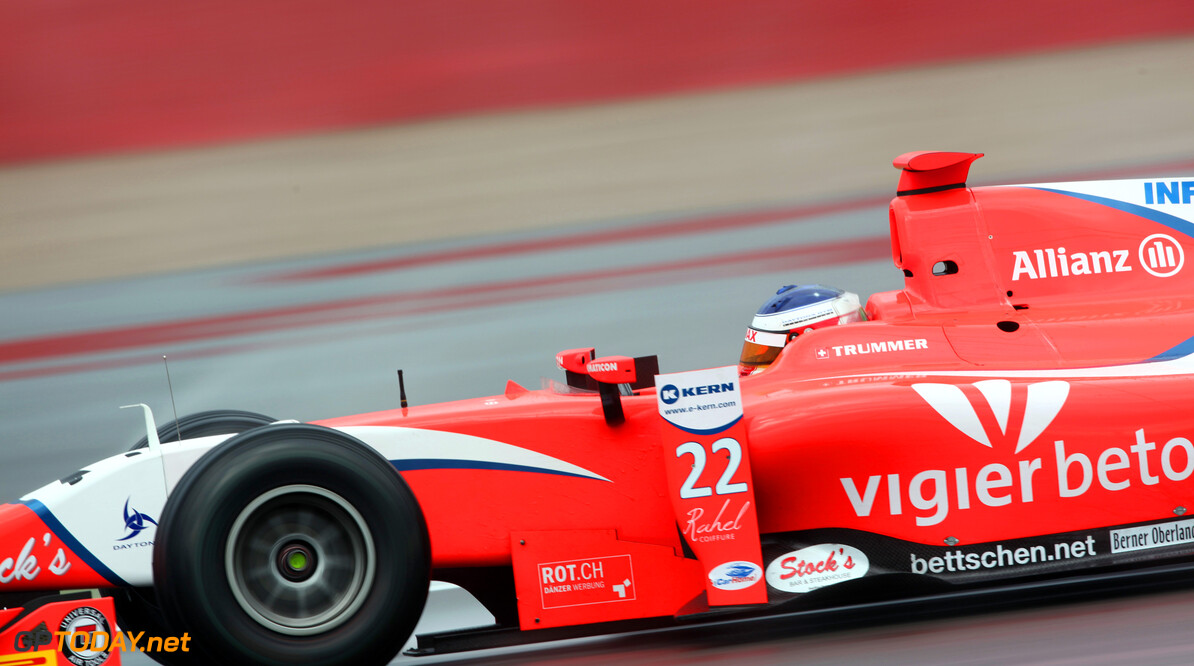 Simon Trummer to race for Team Rapax in 2013

Team Rapax is proud to announce the agreement reached with Simon Trummer for the 2013 GP2 Series. The 23-year-old Swiss racer will join Stefano Coletti in one of the most interesting driving line-ups of this year's competition. Trummer is entering his sophomore season in the GP2 Series and is set to take full advantage from the experience made in his rookie year. Simon also endured a 2-season stint in the GP3 Series after moving up through the Formula Renault 2.0 and Formula Master ranks. As the team completed their 2013 line-up, the Rapax stable is working towards their first preseason test. Teams and drivers will be on-track for the first time in 2013 at Jerez, from February 26 to 28.

Simon Trummer: "I'm honoured to be part of Team Rapax! I followed their races in the last few years and I'm sure I'll be able to take full advantage from some great support from them. I'm at my second GP2 Series season in and relying on the help of the team will be key in achieving the results I aim for. I'm more motivated than ever and I can't wait to be on-track and start working with my new team. I want to thank all the people that helped me to land this ride. Being able to run a second season in GP2 is a chance that some drivers don't get and I hope to reward the staff which support me with the best possible results."

Andrea Bergamini  CEO: "We're very happy to have Simon on-board for the 2013 season. Last year, making his debut in a tough series for rookies like GP2, he showed he is a consistent driver and adopted a really professional approach.We hope to contribute to his growth and we admit we're looking forward to guide him to his maiden top-notch results in the championship."
GP2 News Renault
<< Previous article Next article >>
.