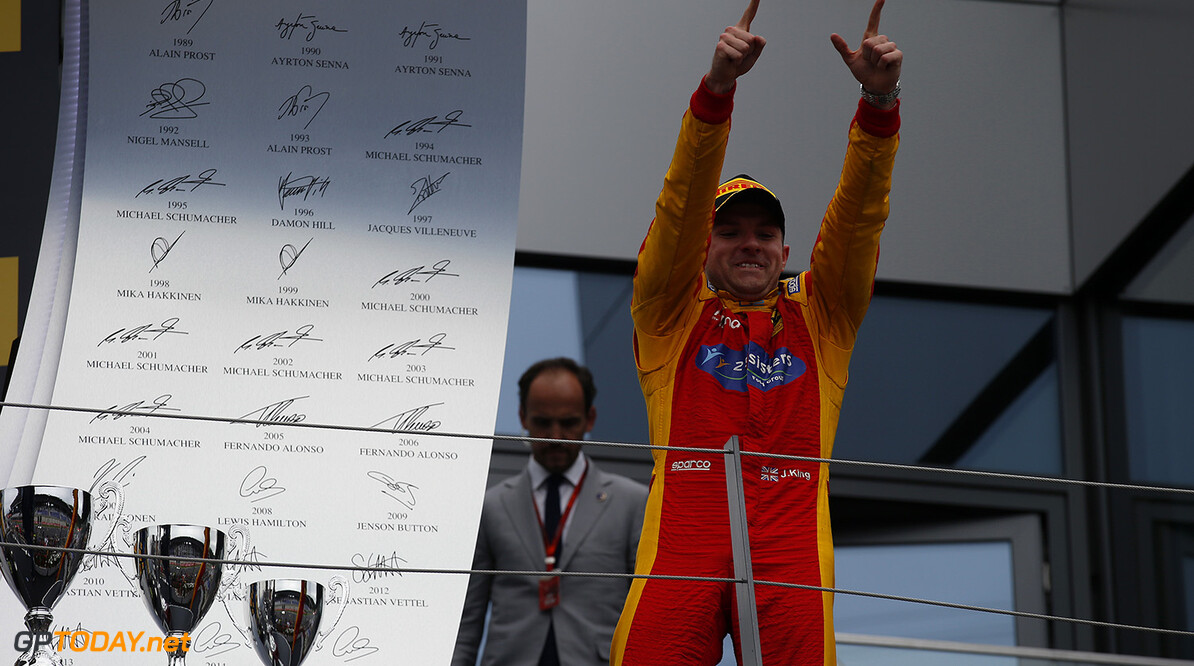 Jordan King has completed his move to MP Motorsport for the 2017 season. The Brit moves to the team after two seasons at Racing Engineering, picking up two wins and six podiums.

The 23 year old has completed two seasons as development driver for Manor F1, taking part in FP1 in both Austin and Abu Dhabi.

Speaking about the deal, King said: "I’m really looking forward to racing with MP Motorsport for the 2017 season. I’ve known the team a long time and worked with them straight out of karting, so in a way it’s a bit of a homecoming for me. One of the biggest reasons for me to join them was the level of trust that comes with such a longstanding relationship.

"Working with the team at the test was also a key factor in my decision. There is a great working relationship there with everyone in the team always working hard for you, but with a smile on their faces. I know they will always do the best job they possibly can. Coming into my third year I’ve never been in a better place physically and mentally and I’m aiming to improve on my strong season last year.”

MP Motorsport's team manager Tony Shaw said: "Our relationship with Jordan extends back to his original move into single seaters from karting. We know his undoubted speed, ability and obvious fitness very well. On the two occasions that he's tested our GP2 car we have been very taken with the professionalism coupled with excellent pace and calm feedback.

"As a team we are well aware that it's a not just about one component - it's about a team operating at its highest level which can only be brought about by belief, trust and communication. In Jordan we have all of those attributes and therefore a golden opportunity."