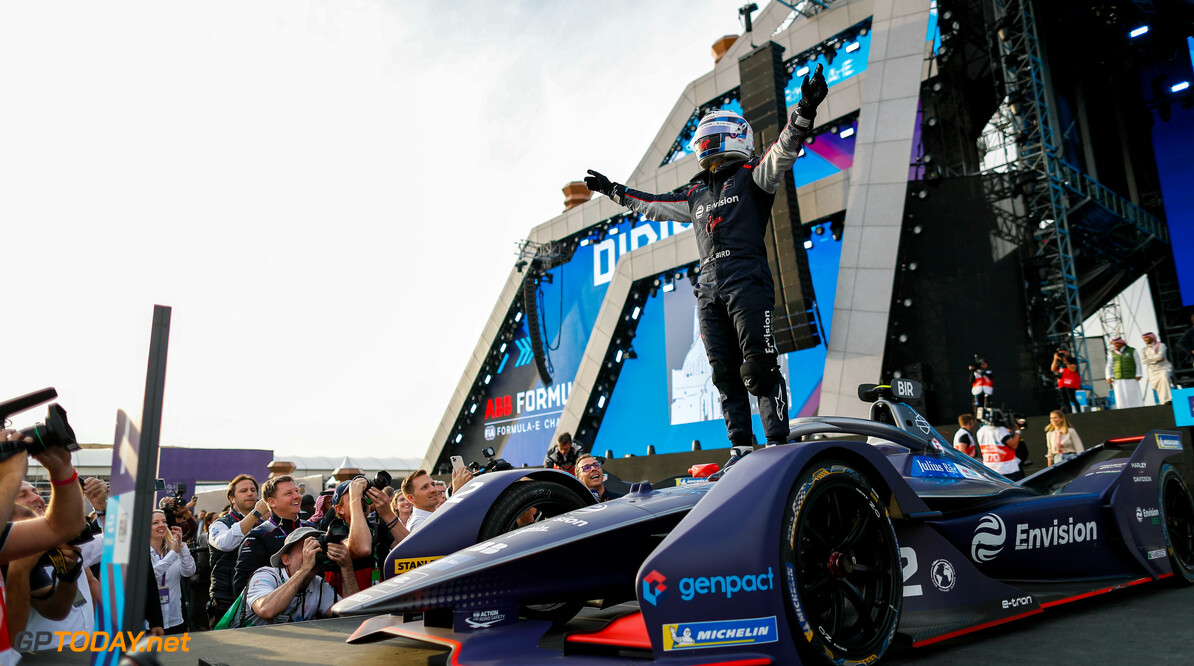 Sam Bird has won the opening race of the 2019/20 Formula E season, battling with both Mercedes cars to take the chequered flag.

The Briton started the race from fifth on the grid, and used the first of his attack mode periods to make his way past Edoara Mortara.

He quickly closed up onto the back of Nyck de Vries, who was running in third place behind teammate Stoffel Vandoorne, while Alexander Sims held the lead after starting from pole position.

Bird managed to make his way past both de Vries before setting his sights on Vandoorne. As he sized him up, Vandoorne defended and in doing so, managed to slip past Sims for the lead.

Sims also dropped behind Bird as he was pushed wide. Bird was using his second attack mode, while Vandoorne still had to take his final trip through the sensors.

However, Andre Lotterer suddenly brought himself into contention for the win and started to apply pressure on Bird, who soon made his way past Vandoorne and into the lead.

Vandoorne dropped behind Lotterer when he used his second attack mode, however moments later, a safety car was deployed due to an accident for Daniel Abt.

Vandoorne's attack mode time ticked down as the cars formed a cue behind the safety car, and when it came in, there were two laps left to the finish.

Bird managed to get the jump and was unchallenged on his way to the chequered flag. Lotterer kept Vandoorne behind, while Oliver Rowland just failed to make it onto the podium.

Robin Frijns made up a handful of positions towards the end of the race to cross the line in fifth ahead of Nyck de Vries, who was the highest placed rookie driver.

Despite running in high positions early on in the race, Mortara and Sims were forced to accept seventh and eighth at the chequered flag.

Jerome D'Ambrosio was ninth, ahead of Mitch Evans who rounded out the top ten for Jaguar.