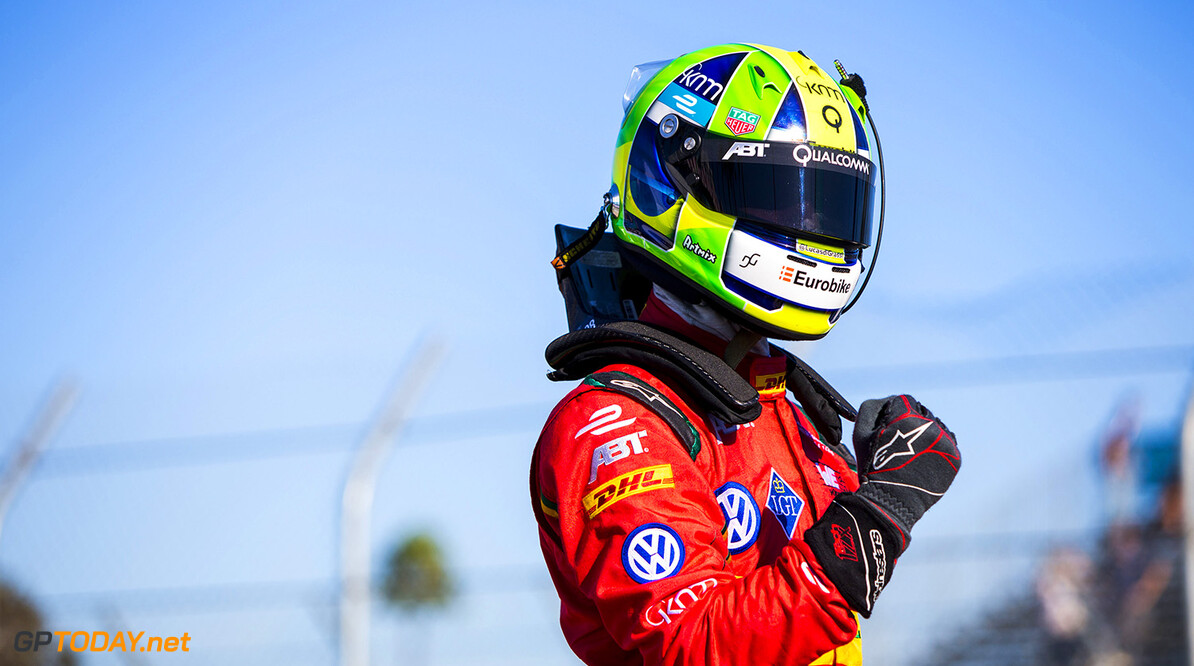 Lucas di Grassi has won the Mexican ePrix after starting fifteenth on the grid. A risky strategy paid off for the ABT team after a disappointing qualifying where di Grassi failed to set a competitive lap, and Daniel Abt was disqualified from pole position.

Jean-Eric Vergne finished in second, ahead of Sam Bird in third. Jaguar claimed their first points as Mitch Evans finished fourth while his teammate Adam Carroll ended the race in eighth.

Nico Prost crossed the line in fifth ahead of Jose Maria Lopez who threw away a chance to win the race on lap 35 due to a spin. Daniel Abt recovered to seventh after starting from the back of the field.

Nelson Piquet finished the race in ninth and Esteban Gutierrez claimed a point on his debut in the series.

Oliver Turvey started the race on pole position after Daniel Abt was disqualified from pole position due to a technical infringement. Turvey made a great leap off the line and led into turn one. Maro Engel then hit the back of di Grassi, damaging the Brazilian's rear wing. Buemi, who was going in search of a fourth consecutive Formula E win had a poor start and lost a place to Felix Rosenqvist.

The safety car then came out on track to clear the debris that was left behind following the Engel/di Grassi collision. Di Grassi took the decision to pit under the safety car to change the rear wing which was hanging limply off his car.

The safety car returned to the pits at the end of lap 4, and Lopez immediately went hunting on the tail of Turvey, while Buemi got back past the Mahindra of Felix Rosenqvist. On lap 9 it was revealed that Daniel Abt, Lucas di Grassi and Sebastian Buemi won the fanboost vote.

On lap 13, Oliver Turvey suddenly slowed down on the start-finish straight with an issue. Lopez took the lead and Turvey stopped trackside. When it was deemed the Brit wasn't able to get going again, the safety car was once again brought out.

Jerome D'Ambrosio and Lucas di Grassi decided to pit on lap 17 and 18 respectively, with the safety car pitting as the cars began their nineteenth lap. The pair had made their stop a few laps before the designated pit-window, and it was a big risk to try pull their cars to the end.

Heidfeld and Vergne then locked themselves in battle for second while Jose Maria Lopez stretched his legs out in front. On lap 25, Vergne pitted, one lap before the rest of the pack that he was engaged with.

Loic Duval then came to a halt on lap 27 causing a double yellow flag to appear on track. After the full round of pit-stops were made, di Grassi emerged in the lead ahead of D'Ambrosio. The pair had a comfortable margin from third place, but that was slashed moments later when the safety car came out once again for the stuck car of Duval, which got going moments after the safety car deployment.

At the end of lap 30, the safety car peeled off into the pits and the race resumed. Vergne was looking to get by Lopez for third position but couldn't pull it off, however he didn't need to as when Lopez tried it around the outside of D'Ambrosio at turn 1, he spun and dropped well down the order.

Buemi also spun at the exact same spot as Lopez moments later, and was lucky not to collect the Argentine who was attempting to rejoin the track. Two laps from the end, Vergne overtook D'Ambrosio for second place who was running out of usable energy.

The penultimate lap saw a coming together between Nico Prost and Nick Heidfeld. Prost attempted an overtake which didn't come off, causing the German to spin. Even worse, Heidfeld was collected by his teammate Rosenqvist with Mahindra's day ending in the worst possible way.

Sam Bird overtook D'Ambrosio for third and one lap later, Lucas di Grassi took the chequered flag to win after starting way down fifteenth. The Brazilian is now only 5 points behind Sebastian Buemi in the driver standings.