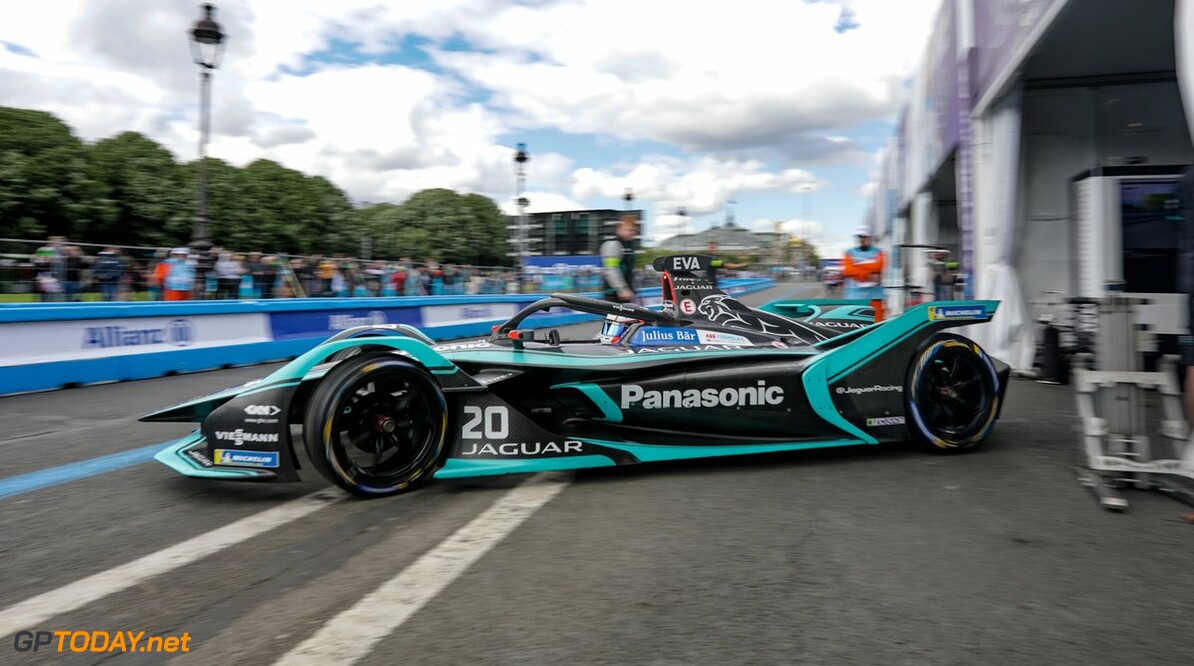 The Jaguar of Mitch Evans was top of the times after this morning's second practice session in Paris with a time of 1:00.226. Oliver Rowland was close behind in second, with 0.103s separating the pair.

Apart from a few small patches, the track conditions and overall weather outlook had seemingly improved from the damp conditions from the first session earlier on. However, rain is predicted to be on the way again for qualifying.

A brief full course yellow was thrown early on to clear some debris from turn three as drivers worked hard to recoup any losses from this morning's earlier session, with Lucas Di Grassi ending the session in third position.

Andre Lotterer for Techeetah finished the session in fourth, with Sebastien Buemi behind in fifth.

No running for Bird

Envision Virgin Racing's Sam Bird was all ready to go at the start of the session but his car was far from it, with mechanics frantically working hard to fix the car after Bird's accident this morning. Bird would not make it out in time for the session.

Sebastien Buemi was briefly held up by the Techeetah of Jean-Eric Vergne, but still managed to go quickest, instantly bettered by Nissan e.Dams teammate Oliver Rowland.

Trouble for Lynn and Buemi

Jaguar's Alex Lynn found himself in the barriers at turn 13 pushing too hard, while Sebastien Buemi also barely touched the wall after losing the rear of his car.

Oliver Rowland also reported to have hit the wall, but it is believed to be a minor incident and no damage was done to his car, while Jean-Eric Vergne was not amused by Felipe Massa as the Brazilian held him up on a fast lap.

Jose Maria Lopez had a scare late on in the session, as a lock-up during his qualifying run lap seen the car go straight on at turn thirteen, narrowly missing the barriers.