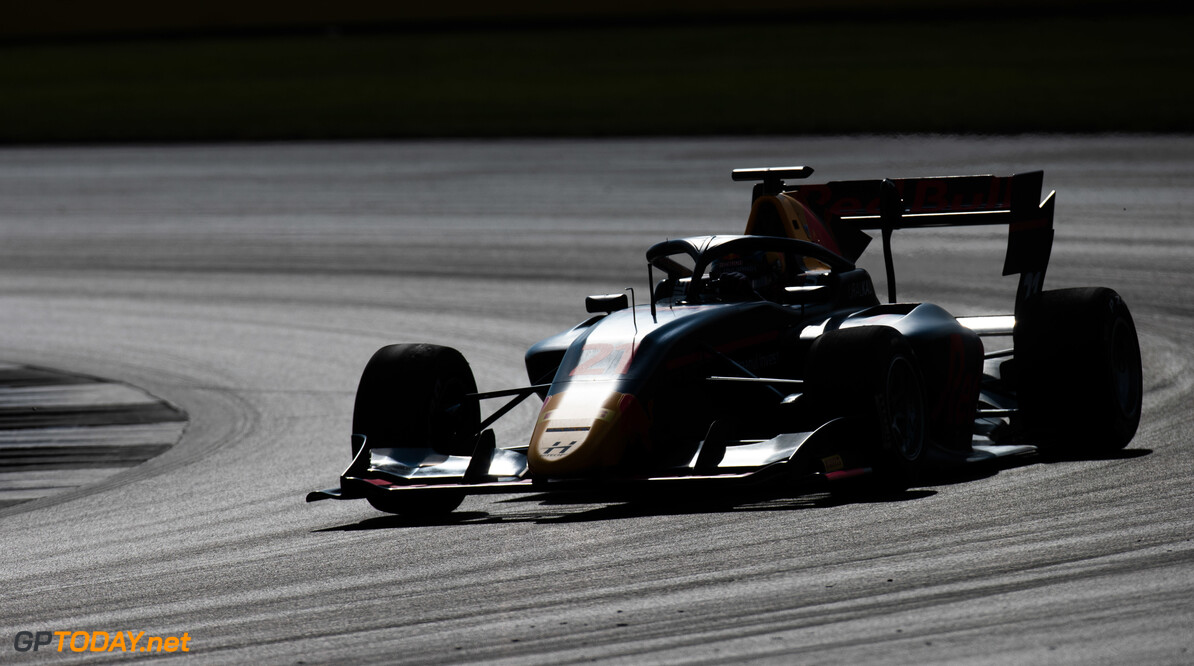 Vips, along with Armstrong set the sessions opening benchmarks as they moved the required pole time clear of the chasing pack.

However, soon Armstrong was to take over, going almost half a second clear of Vips - leaving the Prema driver comfortably ahead as the session reached its halfway mark. Behind him, Vips led practice pacesetter Fewtrell and Daruvala by 0.003s.

This then resulted in the times tumbling faster than ever, with Vips on provisional pole for a time before Armstrong once again went quicker - becoming the first driver to dip below 104s this weekend.

But on his final run the Estonian finally found the time to reclaim pole position, going faster than the Prema driver and setting a lap time of 1:43.902s

Fellow title rival Jehan Daruvala was third, with Christian Lundgaard leading the ART charge in fourth; less than two tenths away from pole in his own right.

Leo Pulcini led the third row in the second of the Hitech trio, besting championship leader Robert Schwartzman who had a troublesome run for Prema.

Liam Lawson picked up his best qualifying result of the season in seventh, only four tenths away from polesitter Vips, meanwhile, Pedro Piquet was left disappointed with eighth after provisionally finding himself on the front row in the session's latter stages.

Rookie's Fabio Scherer and Ye Yifei both shone for Charouz and Hitech respectively rounding out the top ten. Meanwhile, it was a poor day for the remaining ART's with David Beckman 13th and Fewtrell rounding out the seventh row on home soil.

Debutant Federico Malvestiti was 29th for Jenzer and will line up just ahead of Alessio Deleda on the last row of the grid.