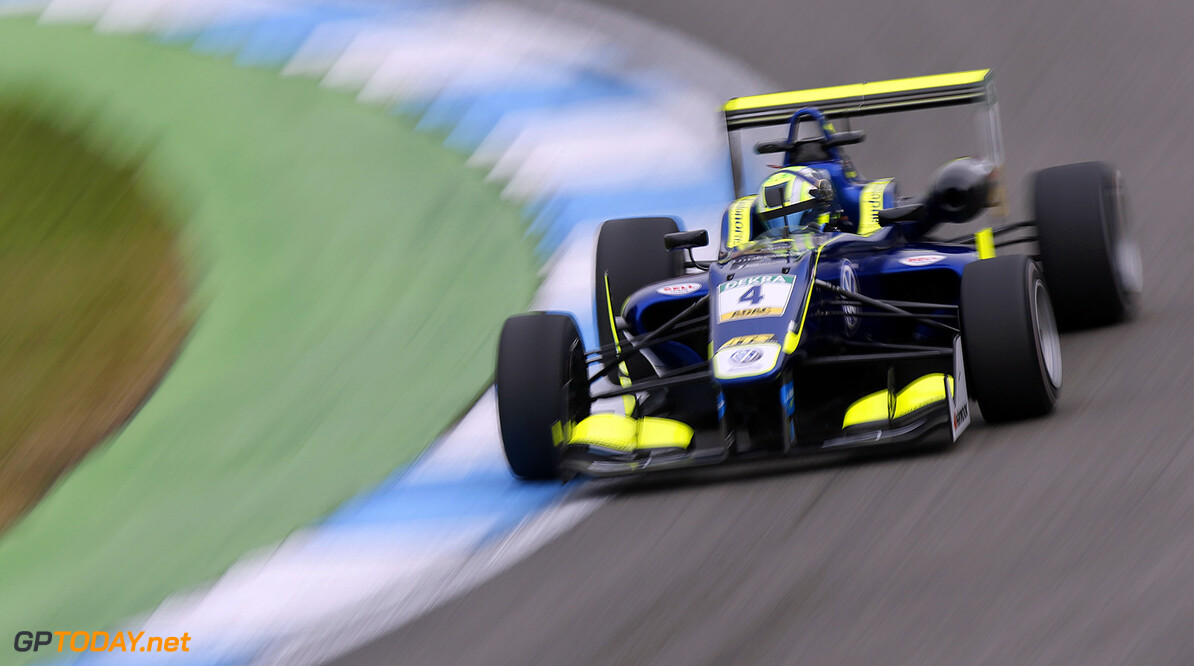 Lando Norris has won the first race of the 2017 FIA Formula 3 European championship in a race interrupted by three safety cars. Norris started the race from pole but the field was ordered to form up behind the safety car to start the race due to wet condtions.

Nikita Mazepin crashed after the safety car came into the pits, bringing out the yellow flags. The safety car wasn't deployed until Callum Ilott spun out from second place at turn one.

When that safety car peeled away, the cars were racing again but not for long as Ralf Aron made contact with a fellow driver and had a hefty impact with the wall, bringing out safety car number three.

Jake Dennis finished the race in second place behind his Carlin team mate as the team look to challenge Prema this season. Maximilian Günther took the final spot on the podium and finished third.

Joel Eriksson crossed the line in fourth ahead of Joey Mawson. Harrison Newey was forced to hold of Mick Schumacher for much of the first part of the race and then managed to pull away as Guanyu Zhou attacked the German, and found a way by on the penultimate lap. Newey, Zhou and Schumacher finished the race sixth, seventh and eighth respectively.

Pedro Piquet and Jehan Daruvala crossed the line in ninth and tenth to take the final points positions.