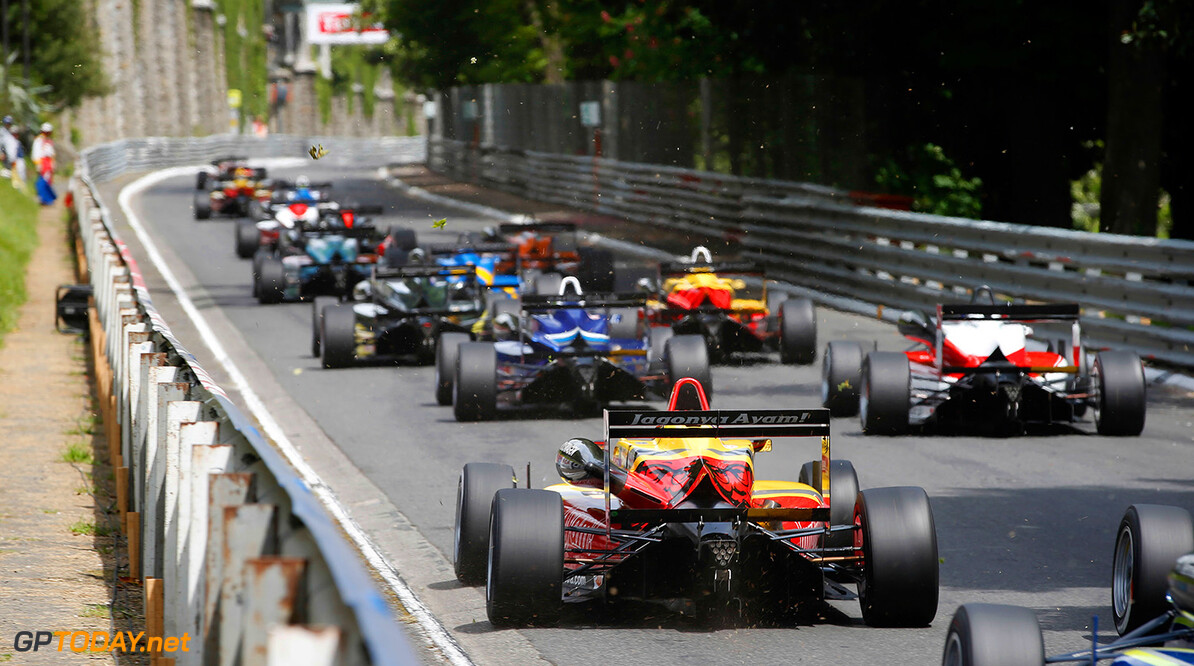 Team Principal Timo Rumpfkeil knows Markus Pommer very well. After all, the 24-year old is going to contest his third season at the wheel of a Motorpark single-seater. Last year, he secured the ATS Formula 3 Cup title in superior style and in addition, he won some AutoGP races. "This double program helped him to even improve his driving skill", analyses Rumpfkeil and praises Pommer's appearance in the Macau GP in particular. There, Pommer finished 11th in both the qualifying session and the feature race, thus coming close to securing a top-10 result. "Following these results we were even more keen on signing him for our move up to the FIA Formula 3 European Championship, this year – and now, we are delighted that these hopes have come true." And the driver also is happy. "2014 was my most successful motor-racing season to date and I am happy that I can keep on racing for my Team Motopark, in 2015", reveals Pommer. "Together we will try hard to celebrate more successes."

One of Pommer's new team-mates will be Formula 3 rookie Mahaveer Raghunathan. Last year, the Indian gathered his first experience in European motor racing in the Italian Formula 4 and succeeded in improving race by race. In the season finale at Imola he achieved his best result of the season by finishing sixth – in all the three races of the meeting. "Despite his limited motor-racing experience he succeeded in impressing, in Formula 4, and we are convinced that he has got what it takes to also shine in the FIA Formula 3 European Championship", Timo Rumpfkeil says about the young Indian who has set himself just one major goal: "I want to learn a lot and give my very best in every single race. I am aware that the FIA Formula 3 European Championship represents a big challenge for me but I'm looking forward to this step in my still short career."

In addition to Markus Pommer and Mahaveer Raghunathan, Scotland's Sam MacLeod also is going to represent the Motopark colours on the 2015 FIA Formula 3 European Championship grid. The season will be kicked off in mid-April at Silverstone, UK.
<< Previous article Next article >>