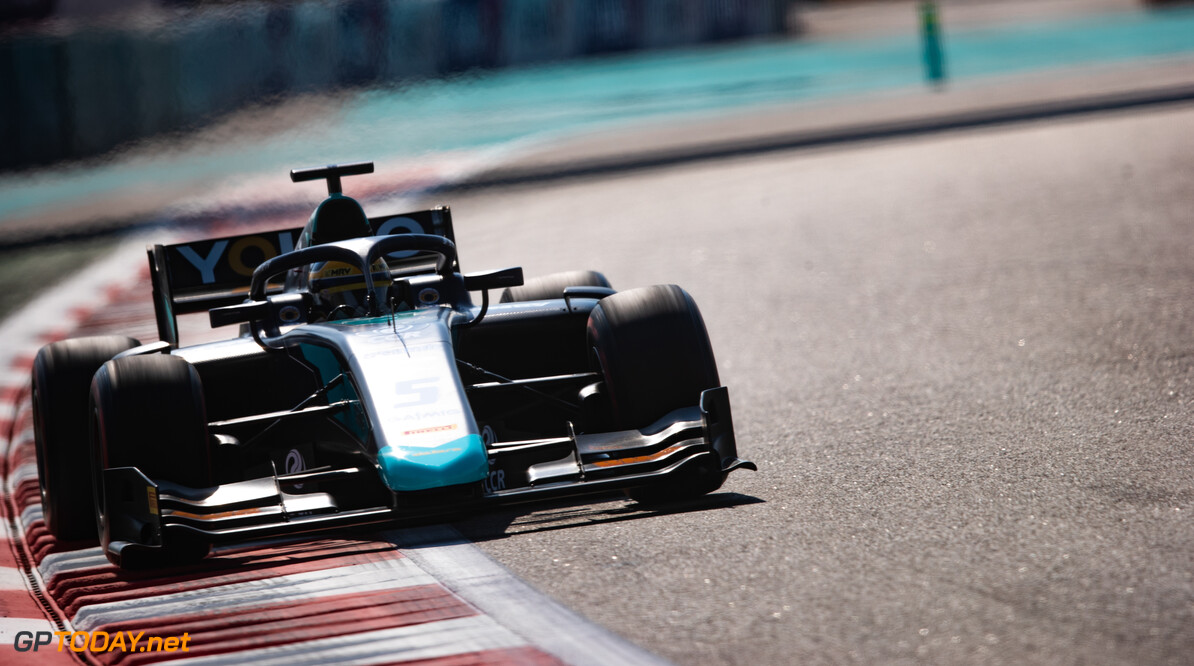 Carlin's Sergio Sette Camara has taken the victory at this afternoon's F2 feature race in Abu Dhabi, ahead of Nobuharu Matsushita whilst Guanyu Zhou has taken the final podium position in third.

Poleman Sette Camara lost out at the start with wheelspin, while third-placed Louis Deletraz challenged Ilott for the lead into the first turn, eventually wrestling the lead from the Sauber Junior driver on the run to turn 2.

Matsushita managed to take the lead as the top three struggled on the supersoft tyres early on, while Zhou managed to find a way past reigning champion Nyck De Vries into the final corner on his way up to second

The struggling drivers pitted as early as lap six as they looked to move off the supersoft tyre, as DAMS decided to double stack its drivers in an attempt to move onto the better compound.

Arden's Artem Markelov was having a rough day as he was given a five-second penalty for speeding in the pit lane, while he also suffered an oil leak, as Prema's Mick Schumacher complained of oil on his visor from being behind the Arden of Markelov.

Fourth and fifth went to Deletraz and Ilott, while Luca Ghiotto and Nicholas Latifi finished the final feature race of the year in sixth and seventh.

Both Alesi and Sean Gelael were given five-second time penalties for Virtual Safety Car infringements, as Deletraz battled hard with Mazepin for fifth, the swiss driver eventually making his way around the Mezepin's ART.

De Vries could only manage to go down the as he struggled for pace throughout the race, struggling mostly with the tyres in the second half of the race.

F2 debutant Christan Lundgaard suffered a big lock-up going turn 8, as Zhou managed to close down on Matsushita as the Carlin driver struggled late on, both drivers looking to keep enough of a gap to pit on the alternate strategy with five laps to go.

Matsushita eventually pitted on lap 27 for super softs, while Zhou opted to go one lap later, with Deletraz losing a potential lead to a resurgent Sette Camara after the Brazilian passed Deletraz on the main straight for second and the eventual lead.

Matsushita fought back to take second from teammate Deletraz as the Japanese driver powered through on the quicker tyre, as Zhou also passed Deletraz for the final podium position on the final lap.

Eighth went to Giuliano Alesi who will take the reverse grid pole position for tomorrow's sprint race, while Schumacher and Mazepin took the final points positions in ninth and tenth.