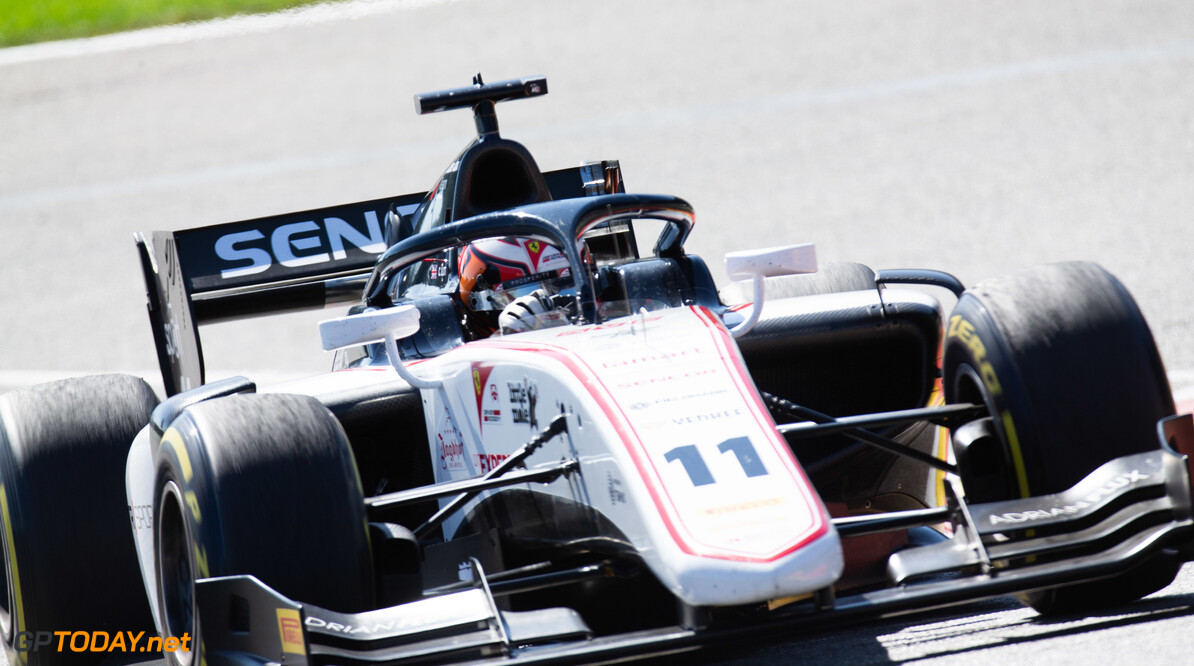 Callum Ilott has taken pole for the Formula 2 feature race in Monza, after a masterful display in changeable conditions.

The Ferrari Academy driver was one of few who managed to keep their car on the circuit for the whole lap, with the first red flag being caused by Honda junior driver Nobuharu Matsushita.

The Japanese driver was looking strong, but beached the car in the gravel at turn three. As the rain kept falling, Tatiana Calderon also span into the gravel, this time on the outside of Ascari.

During this second red flag period, Marino Sato also span at Ascari, displaying the huge lack of grip on the circuit. However, he managed to escape without punishment and carried on for Campos.

Guanyu Zhou will start next to Ilott on the front row, with Nikita Mazepin just behind him in third.

Championship leader Nyck De Vries was the first driver to improve his time in the wet middle sector in the closing stages of the session. His impressive lap was only enough for fourth place, but it puts him in good stead to increase his championship lead in the race.

Interestingly, De Vries pulled over at the side of the circuit once the session had finished with an as yet unknown issue.

Closest rival to De Vries in the championship, Willaims' reserve driver Nicholas Latifi could not put a clean lap together at the start of the session meaning that he will start from seventh.

Jordan King was the only other driver to improve at the end of the session, but his best effort was 1.057s slower than Ilott and only good enough for eighth place.

Mick Schumacher and Louis Deletraz round out the top ten, with both drivers aiming to start on pole for the reverse grid on Sunday.

Jack Aitken could not improve his time at the end of the session, so will start from thirteenth position.

There were late spins for both Giuliano Alesi and Mahaveer Raghunathan, but the duo managed to recover and continue with their laps.