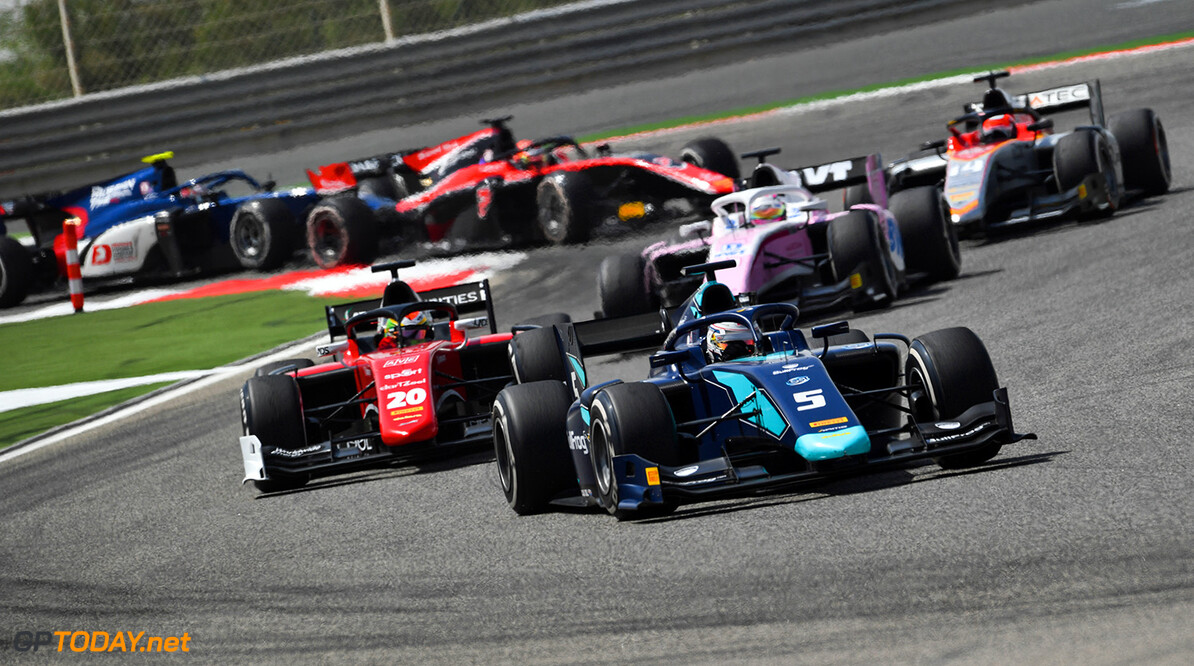 After an outstanding performance in the qualifying session, Alexander Albon managed the grab his pole position of the year in the Formula 2 series in Baku. The Thai driver won the featured race after an action packed race in the streets of the Azerbaijan capital.

The race began with Lando Norris and Tadasuke Makino stalling on the grid. Meanwhile, George Russell took a sensational start and stormed into the lead after a passing maneuver made on Albon, with De Vries following closely behind them. Russell's joy was short lived as his Thai rival managed somehow to grab back the top spot.

Luca Ghiotto was the first man to crash out of the race in the very first lap. Soon afterwards, the safety car was deployed and the race was neutralised for several laps. After the restart, the front runners made their pitstops call. The first one to stop was Lando Norris. His car had some problems as his car had nose damage.

A lap later, George Russell followed him. The Mercedes junior driver pitted for fresh tyres. At that moment, the British driver was second in the race behind race leader Albon. Gunther and Maini were the next to retire from the race. Russell's strategy seemed to be the winning combination.

After all the front runners made their pitstops, Russell managed to open up a 4.6 seconds gap ahead of De Vries, while Albon was more than ten seconds behind the race leader. Once again, the ART Grand Prix driver joy was short lived. On lap 18, Roy Nissany had a massive shunt at Turn 4 and the Safety Car was once again deployed on the track.

The race was once again neutralised for two laps. Soon after the restart, chaos hit the track again. Russell, De Vries and Markelov all went off and now Antonio Fuoco was in the lead. Russell managed to get back on the track, but he was dead last. De Vries and Markelov both pitted and soon afterwards they retired from the race.

Fuoco's joy was short live as near the end of the race he was passed by both Albon and Aitken and had to settle for a third place podium finish. The winner of the featured was Albon, who also managed to get the pole position yesterday. Jack Aitken finished second, while Fuoco ended on the last podium position. Sette Camara and Latifi completed the top five of the Baku featured. Behind them, Norris, Boschung, Merhi, Makino and Gelael were the other five drivers to score points today, while Ferrucci, Russell and Fukuzumi were the other drivers to finish the race.

In the drivers championship standings, Lando Norris continues to hold the top spot, with 47 points. He is closely followed by today's race winner, Alexander Albon, who managed to score 41 points so far this season. Sergio Sette Camara completes the podium of the drivers standings with 40 points.

The Azerbaijan F2 weekend will continue tomorrow when the Sprint race is set to take place.