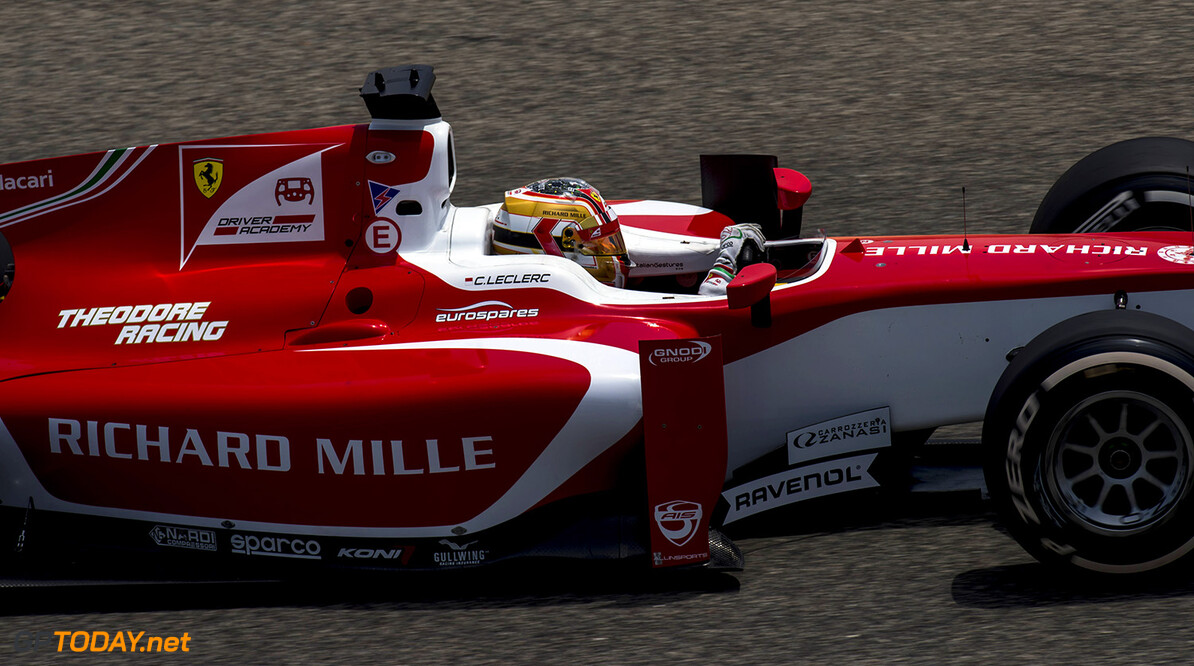 Leclerc leads the way after practice in Barcelona

Prema’s Charles Leclerc set the pace early on in Barcelona, setting a time of 1:29.974, the only driver to go under the 1:30.00 mark. Leclerc’s former teammate Alex Albon looks to keep him on his toes, as the Thai slotted into second with his time of 1:30.843.

MP Motorsport had a good session coming third and fourth with Sergio Sette-Camara and Jordan King lapping 1:30.484 and 1:30.599 respectively. Completing the top 5 was Louis Deletraz with a 1:30.644, with nearly two-tenths of a second between him and sixth place, Russian Time’s Artem Markelov.

McLaren junior driver Nyck De Vries was very close behind with a 1:30.882. Norman Nato was eight with 1:30.886, and was the last driver to get within a second of pace-setter Leclerc. Luca Ghiotto in the second Russian Time car finished ninth with a time of 1:31.043, despite having some debris fly off his car during the session, while Trident got Sergio Canamasas to round up the top ten with a 1:31.086.

Prema’s second driver Antonio Fuoco endured a difficult session with his car not working the way he wanted. With 19 minutes of the session to go, he had a moment of understeer and ventured over a sausage kerb. Unfortunately for him the session only got worse as he had to pull over with just over a minute remaining.

His best time was +2.8 seconds slower than his teammate. However, he was not the only driver to face problems as Trident's Nabil Jeffri could only lap a time of 1:32.989, a full 3 seconds off the pace. Both these drivers will have to hope they can sort the issues out quickly before qualifying at 2.55pm UK time.