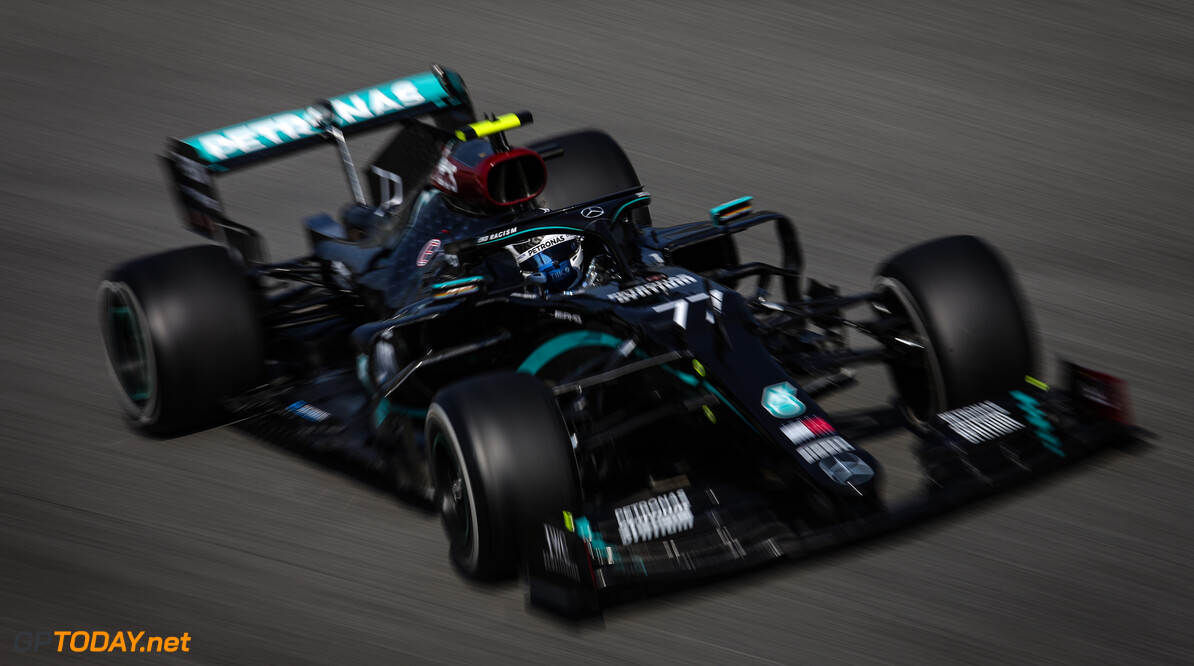 Mercedes' Valtteri Bottas was fastest in the final practice session at Mugello, ahead of Max Verstappen and Lewis Hamilton.

As the lights went green on-track, Kevin Magnussen was the first out, along with Daniil Kvyat and Carlos Sainz. Lando Norris also came out straight away, looking to make up lost time after his crash in practice yesterday.

Bottas set the early pace with a time of 1:17.437, one of the first drivers to set lap on the soft tyre compound.

The track fell silent until Kimi Raikkonen left the pit lane, the Finn celebrating twenty years since his first F1 test with Sauber, which happened on this day at Mugello back in 2000.

Hamilton then went quickest by two hundredths of a second, while Charles Leclerc managed to go 1.4 seconds quicker than Ferrari teammate Sebastian Vettel on the same medium compound tyre.

Red Bull's Alexander Albon reported engine misfiring from his car as he started his first quick lap of the session.

Romain Grosjean was held up on a fast lap by the Alfa Romeo of Antonio Giovinazzi, the Frenchman pulling alongside the Italian to show his discontent.

Fourth and fifth went to Lance Stroll and Pierre Gasly, while Sergio Perez and Leclerc finished the session in sixth and seventh.

Bottas was able to go two tenths faster than his first timed run, but was matched by Verstappen for the same time, 0.059 separating the pair, Verstappen using the medium compound tyre as opposed to Bottas' softs.

Verstappen managed to then go ahead of Bottas by a tenth on the medium tyre, as McLaren's Sainz complained of steering lock issues.

Williams reported a brake issue for George Russell, with the team hoping to resolve the problem and get out on track before the end of the session.

Bottas set a time of 1:16.530 with fifteen minutes to go, setting the fastest lap around Mugello so far despite a poor third sector, which teammate Hamilton could not match.

The Ferrari's of Leclerc and Vettel improved to fourth and seventh on the soft tyre, Leclerc again six-tenths faster, while Wiliams' Nicholas Latifi found himself in sixth.

Pierre Gasly struggled and went off at turn eleven, while Leclerc and Raikkonen got in each other's way during the closing minutes of the session.

As the chequered flag came out, Bottas ended the session fastest, with Verstappen splitting the Mercedes at the top of the times.

Eighth and ninth went to Albon and Kvyat as Grosjean rounded out the top ten.