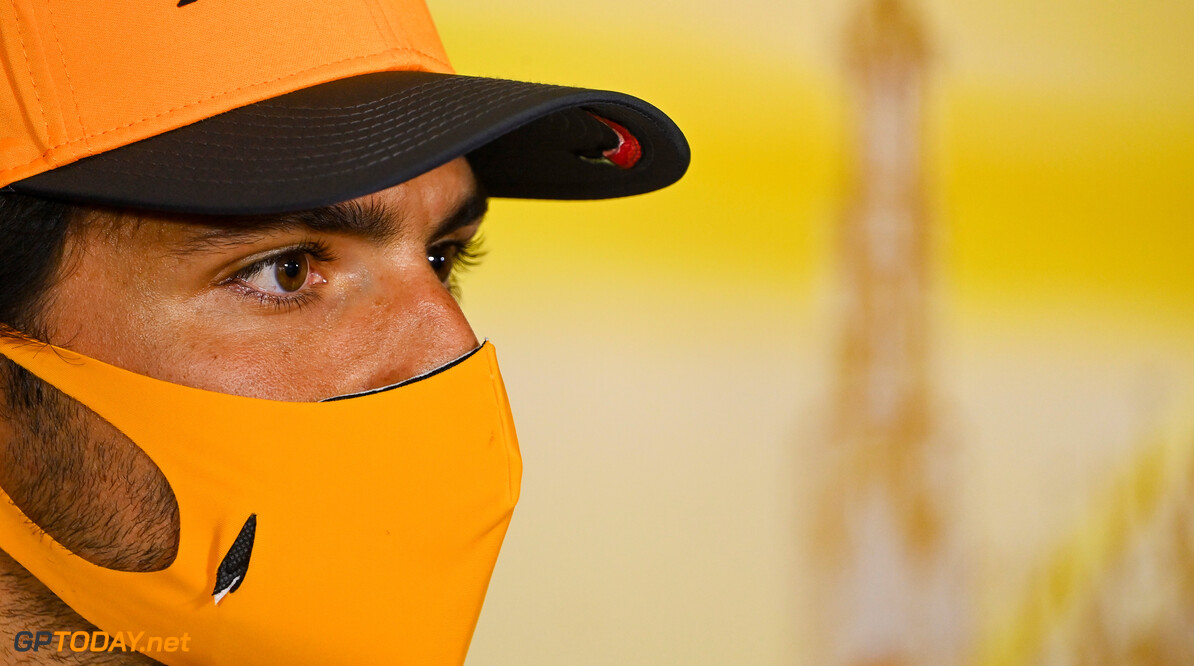 Sainz happy with P2, but 'disappointed' and 'angry' at red flag timing

McLaren's Carlos Sainz has exclaimed his happiness at claiming second position in today's Italian Grand Prix but said he could not help but feel angry after the red flag allowed the cars ahead of him to get a free change to tyres.

Sainz dropped as far as eighth position after the first safety car but managed to put his McLaren back into sixth after a red flag was deployed for Charles Leclerc's accident at the Parabolica.

Sainz hoped to use his fresh tyres to his advantage and catch the cars ahead of him after the first safety car but instead found himself having to recover with the cars ahead also on new tyres after the second restart.

Caught briefly behind the Racing Point of Lance Stroll, Sainz managed to work his way back up to second but ultimately could not challenge Pierre Gasly for the victory and came home in second.

Sainz explained how even though it was impossible not to be happy with second, he felt 'disappointed' and 'angry' after losing such an advantage due to the red flag.

"Happy with that P2, especially with the way I raced today," Sainz said.

"I give absolutely everything, didn't leave anything on the table and we were out there battling my way back after a disappointing red flag. I felt like during the safety car we would be leading the race because I knew Lewis was going to get a penalty so I might be the leader after a few laps.

"But then the red flag came out and then the opportunity for everyone to change their tyres and then I was P6 on used mediums with nothing to lose with everyone in front on new mediums.

"So I felt a bit disappointed and a bit angry from that point so than on it was just head down, try and recover and we nearly made it back to Pierre."