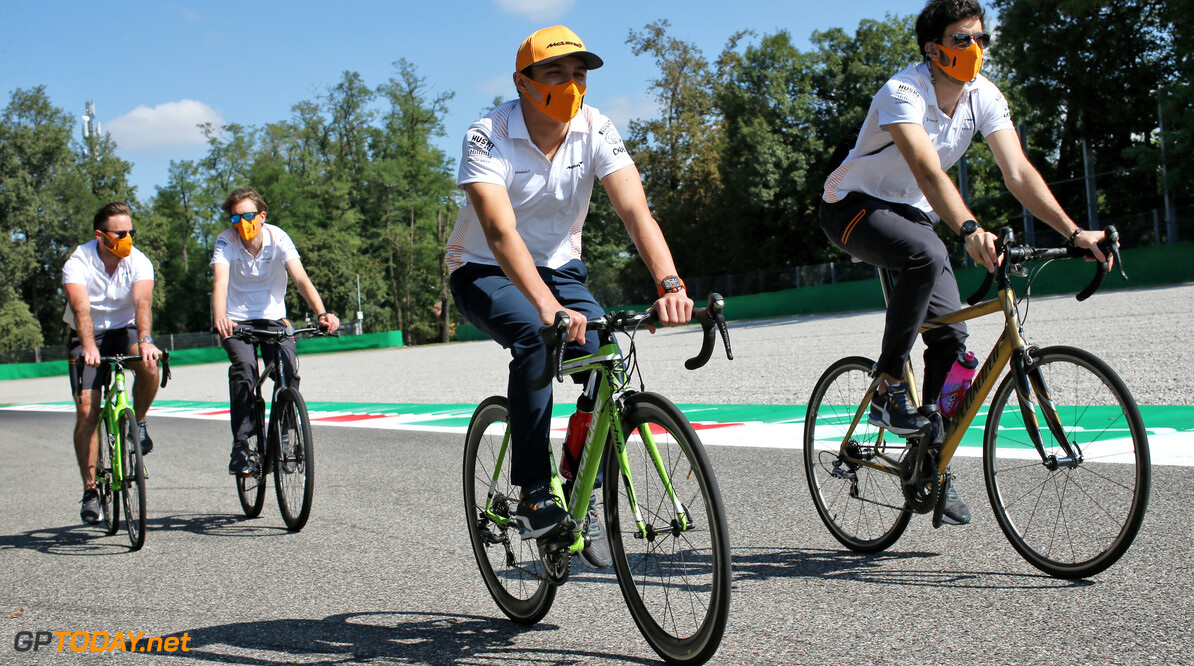 McLaren's Carlos Sainz had a brilliant qualifying to take third for the Italian Grand Prix but explained how he nearly messed up the change on his final run in Q3.

Sainz ran wide on his final run of Q3 at the first Lesmo, almost losing the car in the corner, but managed to keep going to secure McLaren's second third-place starting position this season.

"Well honestly, I have been feeling really strong since the start of qualifying and Q1," Sainz explained.

"I managed to go through with only one set, with a very strong lap and since then it was just chipping away to try to put a 19.6 on the board, which would have given me top five.

"So the last lap I nearly messed up. I had a big moment in Lesmo one and nearly lost it and since then on I had to drive like this and I'm actually shaking a bit because in Ascari and Parabolica I had to really go for it."

Sainz also explained how he wasn't as comfortable on his first run in Q3 opposed to his runs in the other sessions, prompting the Spaniard and the team to wait for the right moment and take the risk to secure the position in the dying seconds of the session.

"In Q3, my first run I didn't quite nail it and I was waiting for Q3 run two and it lap didn't start well and I was like, really needing some strong final few corners so I went for it, I risked a lot and it paid off."