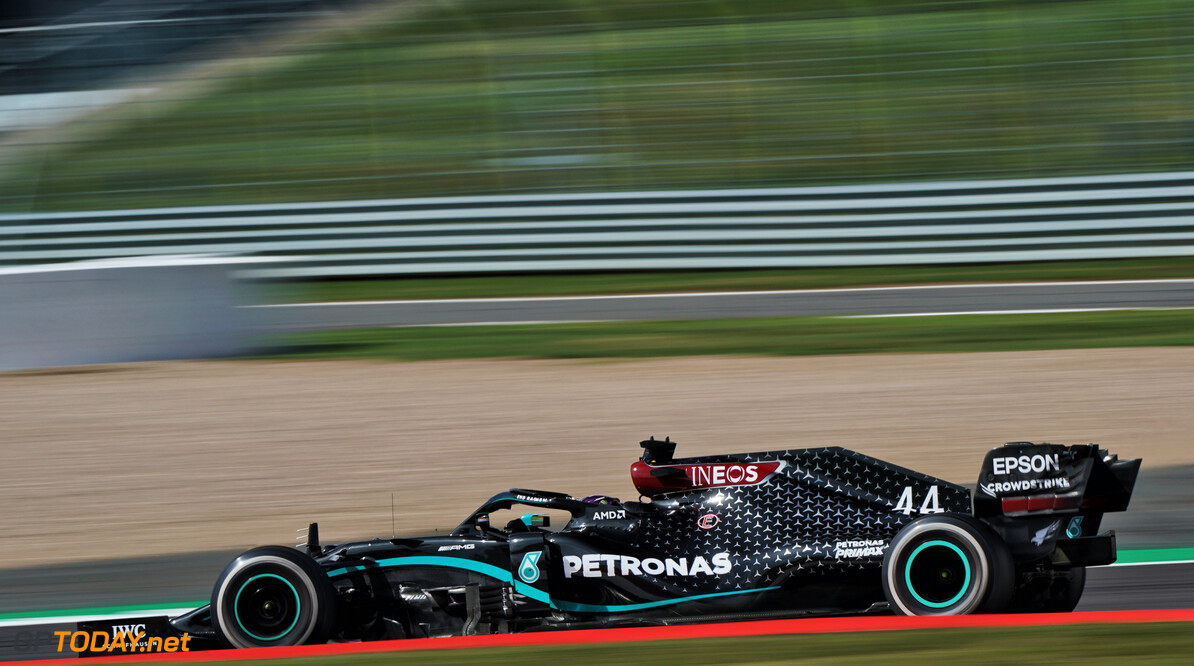 Kevin Magnussen and Carlos Sainz were the first out on the track, doing brief installation laps before returning to the pits again, with Romain Grosjean suspicious of oil at turn ten.

Lando Norris set the early pace with a time of 1:19:620 on the medium tyre, as Antionio Giovinazzi suffered a brief moment over the sausage kerbs at the turn fourteen chicane.

A number of drivers ventured out onto the circuit on medium tyres, as Geroge Russell, Daniil Kvyat and the Alfa Romeo duo of Giovinazzi and Kimi Raikkonen were on the soft. Giovinazzi reported brake pulling from his car during the session.

Ferrari's Leclerc set a time of 1.18:950 going fastest momentarily before Valtteri Bottas took the top spot, his Mercedes going almost a second faster, despite a slide through turn fifteen.

Kvyat was not feeling confident on the softest compound, telling his team over the radio he was unsure the tyres could do more than one hot lap.

Verstappen went third fastest on his first flying lap and within a half of a second of leader Bottas, then moved within two-tenths of the Mercedes on a much-improved second run.

A scrappy lap with ten minutes to go saw Hamilton go fastest from Verstappen, as the session was stopped with minutes to go as Esteban Ocon crashed coming out of turn three.

Ocon hit the inside wall, who swerved to move away from Magnussen ahead who was coming off the racing line at Ocon's expense.

Eighth and ninth went to Lance Stroll and Alexander Albon, as Daniel Ricciardo rounded out the top ten.