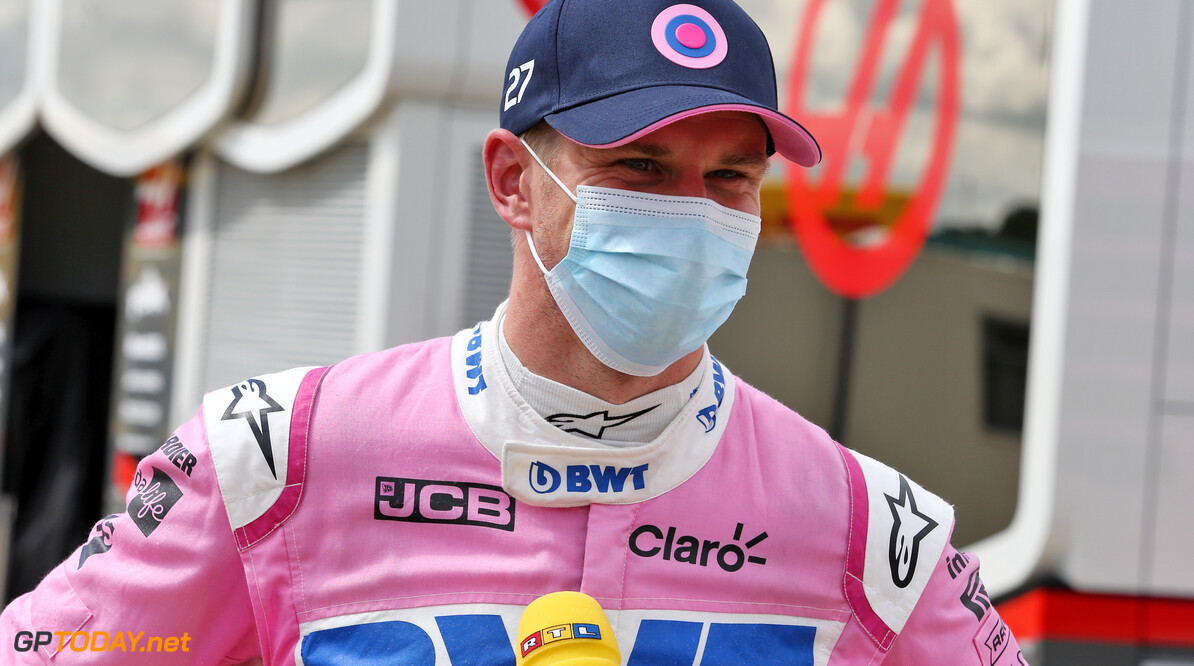 Racing Point reserve Nico Hulkenberg has revealed his discussions with various teams over a future role in F1.

Perez tested positive for COVID-19 before last weekend's British Grand Prix and Hulkenberg was drafted in to replace his former Force India teammate. However, he would not take the start after an issue with his RP20 did not allow the team to take to the grid.

Also admitting he is unsure what his future holds, Hulkenberg revealed that there were talks held with various team members and that more news could be revealed in the coming weeks.

"I've been in contact with quite a few people from the F1 industry, and team principals, because obviously we all know each other," Hulkenberg told Autosport.

"Some is just casual chat, some is more about the future subject. So definitely in discussions and in talks there. But nothing to say concrete yet there. I guess it's still a matter of a couple of weeks before things will get a bit more concrete and firm.

"If not F1, to be honest, that is not so clear in my mind yet either. I think I'll take one step at a time and then see how things roll, and which way they're going in a couple of weeks' time."

Speaking on the possibility of racing for a second time this weekend, Hulkenberg affirmed that he could not mind taking part again, but the discussions he had was not just because of his one-off return last weekend.

"Of course, if you have a strong result, it's always a good advertisement. But you know that that stands always, and that's valid all the time," Hulkenberg added.

"But I think people and especially team principals, they don't just look at one event, a one-off, especially when it's under these circumstances.

"So of course, it would be good and I would love to have a great, great race and if I'm, if I'm in the car, I just want to be a good replacement to help the team as much as I can, and contribute. during the race weekend. And the rest, I think that will sort itself out later, and it's kind of a separate matter."