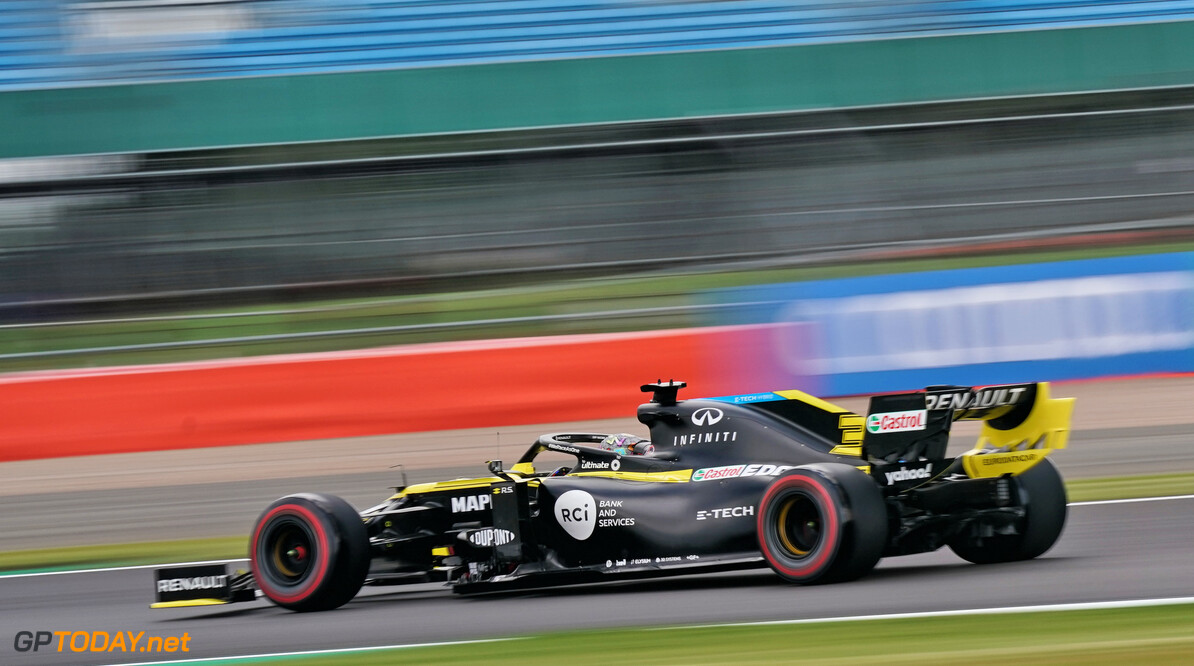 Renault driver Daniel Ricciardo is expecting this weekend's 70th Anniversary Grand Prix at Silverstone to be 'interesting' after Pirelli confirmed it will bring softer tyre compounds to the race.

While intentionally planned to use softer compounds for the second race at Silverstone, the plan was put into doubt after a number of tyre failures were saw in the closing laps of last weekend's British Grand Prix.

Both Mercedes drivers Lewis Hamilton and Valterri Bottas suffered punctures to their front right tyres during the end of Sunday's race, with Bottas dropping down to finish eleventh, while Hamilton limped home on three wheels to take the victory.

McLaren's Carlos Sainz also suffered from a front right puncture which dropped him out of the points from fourth. All three drivers were using the Pirelli hard compound tyre at the time of their incidents.

Pirelli confirmed the punctures were caused by the tyres suffering from the 'biggest forces ever seen' on the high-speed layout at Silverstone, as drivers opted to extend their strategies after an early safety car for Daniil Kvyat's accident on lap fourteen.

Ricciardo, who took advantage of Bottas and Sainz's issues to take fourth at last weekend's race, believes the addition of softer compounds could help mix up the race and force drivers into a two-stop pit strategy for the race.

“I think the weather looks to be hot again all weekend and that will bring some challenges. It was also very windy at Silverstone and that makes things tricky in a Formula 1 car," Ricciardo explained to Motorsportweek.com.

“We’re heading a step softer on tyres, which will certainly be interesting. We don’t see that many two-stop races and this one should be a two-stopper, so we’ll see what happens there.

“The aim will be to nail our qualifying and see if we can sneak a little further up for the start. Our race pace has been good, so let’s see what we can do."