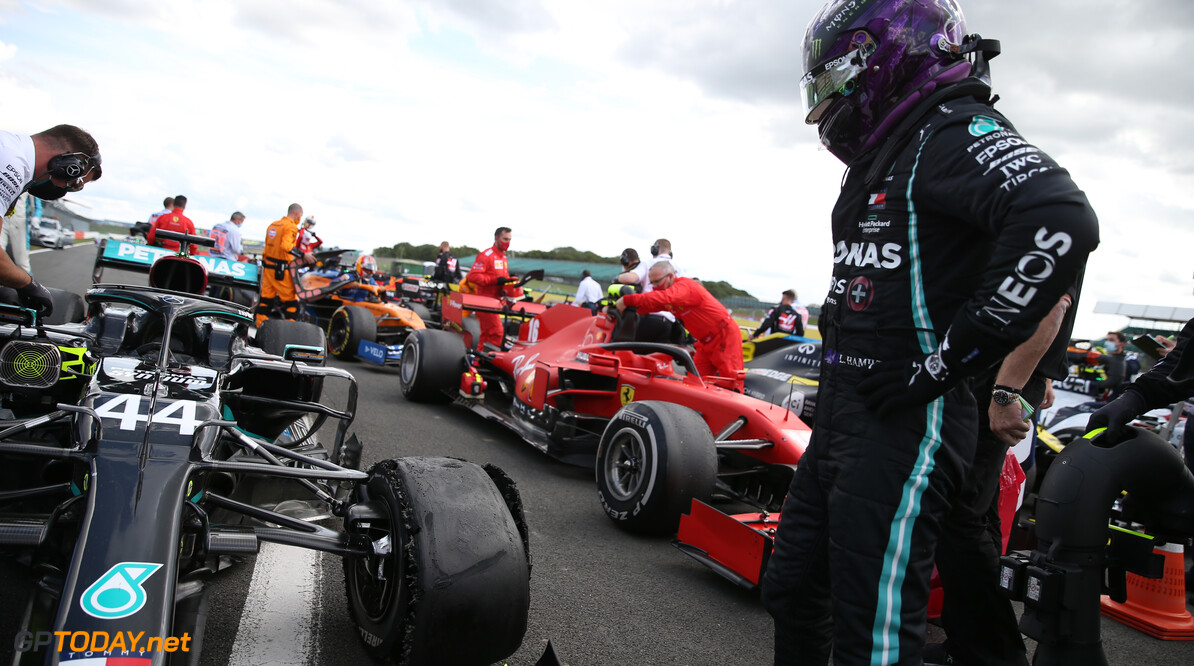 Mercedes has denied that the Dual-Axis Steering system was a contributing factor in its punctures late on at the British Grand Prix.

The Brackley-based squad was running in first and second for much of the race, however Valtteri Bottas fell out of the points after he experienced a front-left puncture with just a handful of laps to go.

Lewis Hamilton also met the same fate on the final lap but he was able to limp home and take his third grand prix victory of the 2020 season.

Questions were raised over whether or not DAS, which adjusts the toe angle of the car via steering wheel movements, had a part to play in the late-race troubles.

Speaking on Mercedes' F1 debrief, the team's strategy director James Vowles said: “A lot of questions this year, but also specifically this race, were around DAS and whether or not that contributed towards the failure.

“I can categorically say that the answer is no. There's a few reasons behind that. The first is, it wasn't used at any time towards the element of the failure. In fact, it was really [only] used towards the early stage of the race and that's it.

“Next, Sainz also experienced a failure and they're clearly not running a DAS system on their car and a number of other competitors complained of the vibrations that Valtteri was.”

Vowles admits that Mercedes made a mistake in not opting to bring in Hamilton before the final lap as it had a gap to Verstappen, who had pitted for fresh softs following Bottas' puncture.

However, Mercedes wasn't feeling nervous before Hamilton's issues, as it knew that he could ease off massively to the finish line in order to get the car home safely - a scenario that failed to formalise.

“In the case of whether we could have done things differently - with Lewis, undoubtedly,” Vowles noted. “There was an opportunity to stop the car. It happened on the very last lap of the race.

“If we had stopped prior to that, we would have given the win to Verstappen. It's important to understand that. If he had stayed out and we had stopped and dropped behind, I'm fairly sure Red Bull would've stayed out.

“Furthermore, Red Bull stopping, which was fundamentally for the fastest lap reason as well as perhaps the consideration of tyre durability, cost them the race win on Sunday.

“As we sit here now, we should have brought that car in. The reason we didn't is because the car was 30 seconds up the road. Lewis was already driving many seconds off the pace.

“All he needed to do was to do the last lap of the race in the middle of the road. You're not that nervous about running on a tyre for another lap. There's risks involved in doing another pit stop.

“Driving around one more lap out there, 15 seconds off the pace if he wanted to can sometimes be a safer proposition. Clearly as we stand here now, that was mistake, and one that could have cost us dearly.”