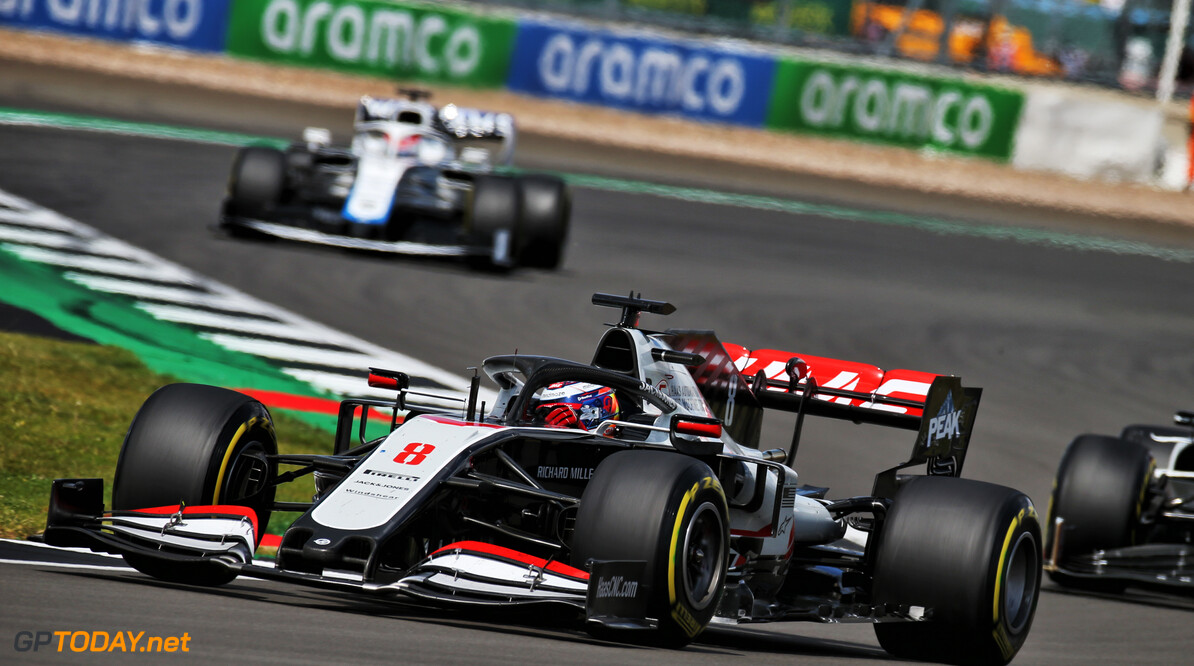 Guenther Steiner admits he was pleased with Haas' race pace at Silverstone despite a disappointing result for the American team at the British Grand Prix.

Kevin Magnussen was eliminated on the opening lap following a clash with Alexander Albon, leaving the team's prospects for a strong result with Romain Grosjean.

After a safety car was deployed on lap 13 due to a major crash for AlphaTauri's Daniil Kvyat, Haas opted to keep Grosjean out, which promoted him to fifth place for the restart.

Grosjean gradually fell down the order, but came under criticism from fellow drivers who took issue with the Frenchman's defensive driving.

Haas pitted Grosjean on lap 36, and after enduring a problem during his pit stop, the 34-year-old dropped to the bottom of the field, where he remained until the chequered flag.

“We make these calls because if you have nothing, or at least little to lose, you need to do something different to make something happen,” Steiner said of the alternate strategy.

“As a team we just decided to take a little bit more risk because these things can go backwards pretty quick as well, or against you, but once we made points and unfortunately on Sunday we didn’t.

“We could have put ourselves in a position to score points if not for the pitstop issue for Romain (Grosjean) in engaging first gear. If the opportunity arises to do something different – we will do it and we are doing it.”

Steiner has previously affirmed that Haas has no immediate upgrades in the pipeline as it continues to recover from the post-coronavirus lockdown.

The Italian says that the team must look to make gains in qualifying, as Saturdays are hurting the team's chances for race day.

“What we learned last weekend is that the car is not too bad on race pace – Romain was competitive in the midfield,” Steiner said.

“What we need to do is try to get better in qualifying, which at this moment in time is difficult. But that’s what we learned - in racing at Silverstone, we can play in the midfield.