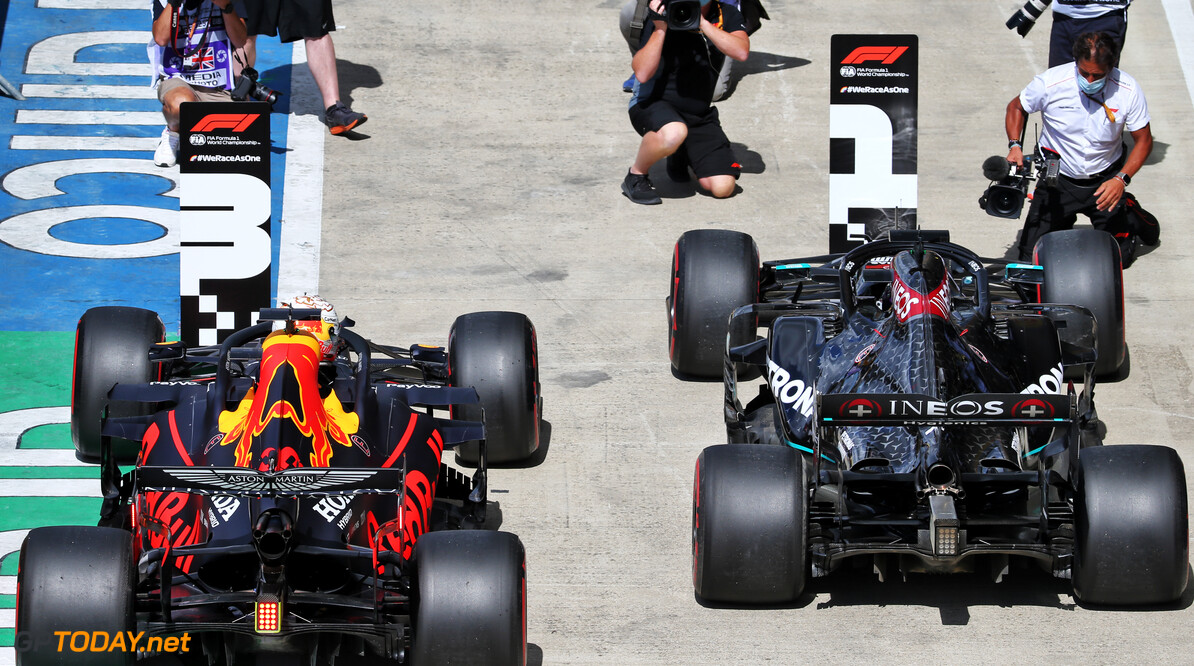 Max Verstappen still believes he has a chance of fighting Mercedes during Sunday's British Grand Prix, despite a one-second gap after qualifying at Silverstone.

While Mercedes locked out the front row with Lewis Hamilton taking his 91st career pole position, Verstappen secured a second-row start by setting the third fastest lap time in Q3.

Verstappen admits that the gap two Mercedes is not a big surprise considering its dominance so far in 2020, but has not ruled himself out of contention for the grand prix win on Sunday.

“The gap is quite big but it's also no real surprise,” Verstappen said. “They've been really dominant all year so far, but still, I'm happy with P3. It gives us a fighting chance for tomorrow and we'll find out tomorrow what's going to happen.

“I'm not too worried about the guys behind, I'll try to do my own race and try to keep a bit of pressure on them [Mercedes].”

Hamilton, Bottas and Verstappen all managed to progress out of Q2 with the medium tyre, meaning they will likely be able to complete the race on a one-stop strategy with a switch to the hards.

Verstappen was more positive about his car on Friday compared to last time out in Hungary, where Red Bull struggled throughout the entire weekend.

The Dutchman says that the car so far in Silverstone has been predictable, even with high wind speeds that caused difficulties for drivers throughout Saturday.

“It's predictable at least,” Verstappen said. “I didn't really have any troubles throughout the whole weekend so that's good. We just need to find a bit more pace.

”This new kind of the car, the wide car since 2017, they're really sensitive to the wind. Especially on a track like this which is very open, the wind is very influential.

“Yesterday [at] low speed, the wind was not in a very good direction for any of us so that car was really moving around a lot. Today the wind changed into another direction and at low speed the cars actually looked a lot better.

“So it is very powerful, I hope tomorrow that the wind stays a little bit in the direction it was today. That would be a lot more enjoyable to drive.”