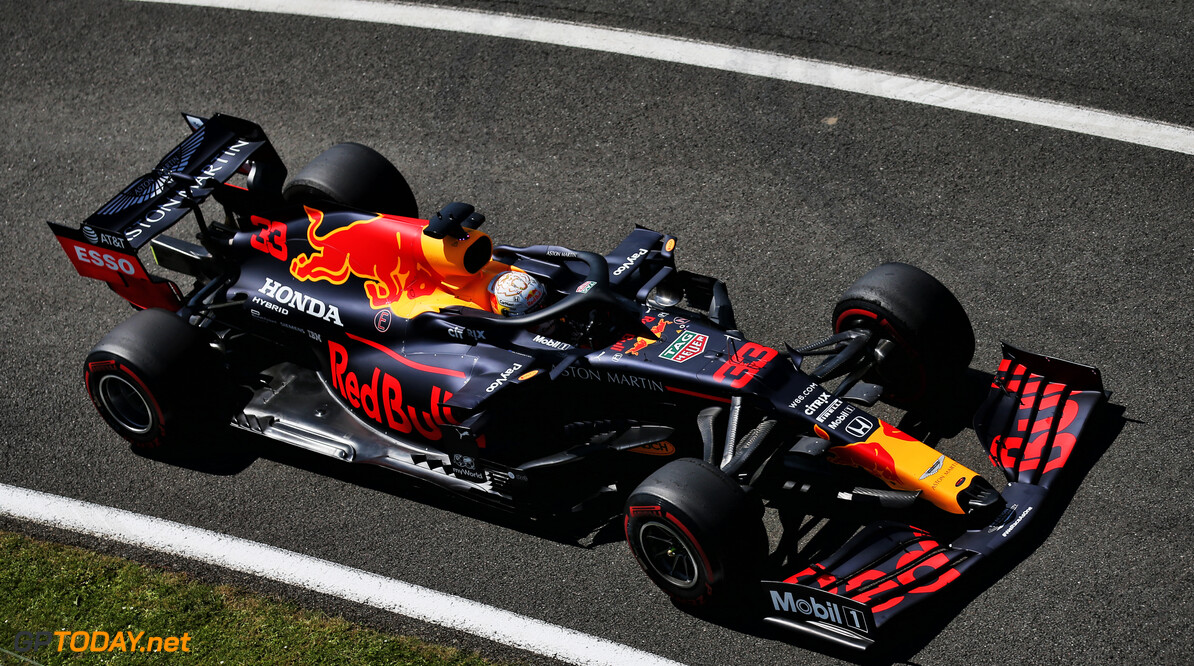 Max Verstappen and Alexander Albon spoke highly of the Red Bull RB16 after Friday practice at Silverstone, stating it was a step forward compared to Hungary.

The Milton Keynes-basde squad struggled last time out in Budapest as it was unable to consistently challenge rivals Mercedes.

However, both drivers spoke more positively about the car after the opening two practice sessions, despite Albon being involved in a heavy crash during FP2.

“We'll have to have a look at it,” Albon said of the incident. “The rear went quite quickly, I tried to correct it. I thought I had it but then I got the tank slapper as well. We'll have a look at the data and see.”

Albon admits that Red Bull was expecting a lot worse from the car ahead of the day's running.

“I think we've definitely made a step as a team. The car feels good, we expected worse coming into Friday. The car was hooked up straight away the first time we drove in FP1.

“So it's looking good, I'm sure the others are hiding quite a lot so we'll watch them tomorrow. But otherwise as a car, it feels not bad. Today, the wind is so much different to what we'll get tomorrow.”

Albon ended the second practice session in second place, while Max Verstappen was 14th after his hot lap on the soft tyre was interrupted by Romain Grosjean.

Despite calling Grosjean a “blind motherfucker” over team radio, Verstappen says the incident didn't matter as he too felt an improvement from the seat of the cockpit.

“I got blocked so I had to stop, but it doesn't matter,” he said. “It was not a bad day for us, I think the car is working a bit better. So I'm happy with that.

“Of course, there are things you can improve so we'll work on that. But also on the long runs it was looking quite decent. So overall a positive day.”