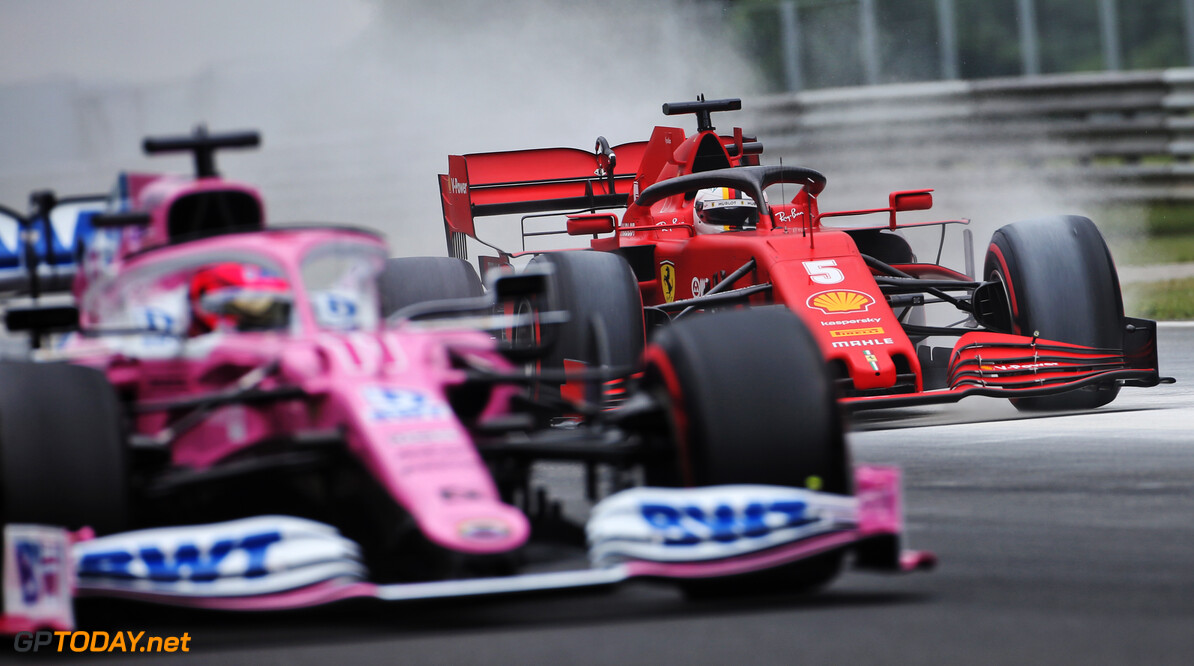 Jordan: Vettel a prize for Racing Point, but why destroy current ‘good rhythm’?

Former team owner Eddie Jordan has raised questions over why Racing Point would sign Sebastian Vettel and disrupt the current rhythm the team is going through.

Vettel is out of contract at the end of the 2020 season, and is currently not signed up to race in Formula 1 next year - however, he has been heavily linked with a seat with Racing Point, which will become Aston Martin in 2021.

The four-time world champion would likely replace Sergio Perez should he come on board, as Lance Stroll is the son of team owner Lawrence Stroll.

MORE: Perez: Obvious who would leave Racing Point for Vettel

The Silverstone-based squad has enjoyed a strong start to 2020 but is currently racing under investigation, with rivals Renault taking issue with the RP20.

Speaking on the F1 Nation podcast, Jordan admits that Vettel would be sadly missed if he departed F1, but is unsure if the German is a right fit for Racing Point.

“Sebastian would be sadly missed in Formula 1,” Jordan said. “Will he ever get back to the days that he achieved with Adrian [Newey] and Christian [Horner]? Who knows.  For sure, he's had a couple of horrific years inside Ferrari. You can see Ferrari has a different mindset.

“Of course you’d love [Vettel] in the car. I got my best results [at Jordan Grand Prix], my first ever win was with Damon Hill and he was bordering on retiring age. So for sure, a four-time world champion, Vettel is a huge prize for any team.

“But would you destroy the team that has Sergio, plus income, plus money, and a good rhythm inside the team?”

Jordan added tgat the influx of talented young drivers in recent years may see him miss out on a race seat for 2021.

"Can he rekindle a kind of sparkle and a fire and the enthusiasm and the charisma that he had? It’s going to be difficult at his age,” Jordan commented.

”Would I employ him? Probably not, because I think there’s far, far too many young kids coming through that might just squeeze him out.

“One year ago, very few people would have given much credibility to the fact that Charles Leclerc would have completely destroyed him in many respects in his first year, but yet he did, and Charles will go on, probably, to be number one at Ferrari for a considerable time until he gets fed up to the fact Mercedes are winning all these races.

“I wouldn't say it's a given that Vettel will drive for Racing Point or Aston Martin. I'm not sure how those two teams are going to converge and marry up together.”