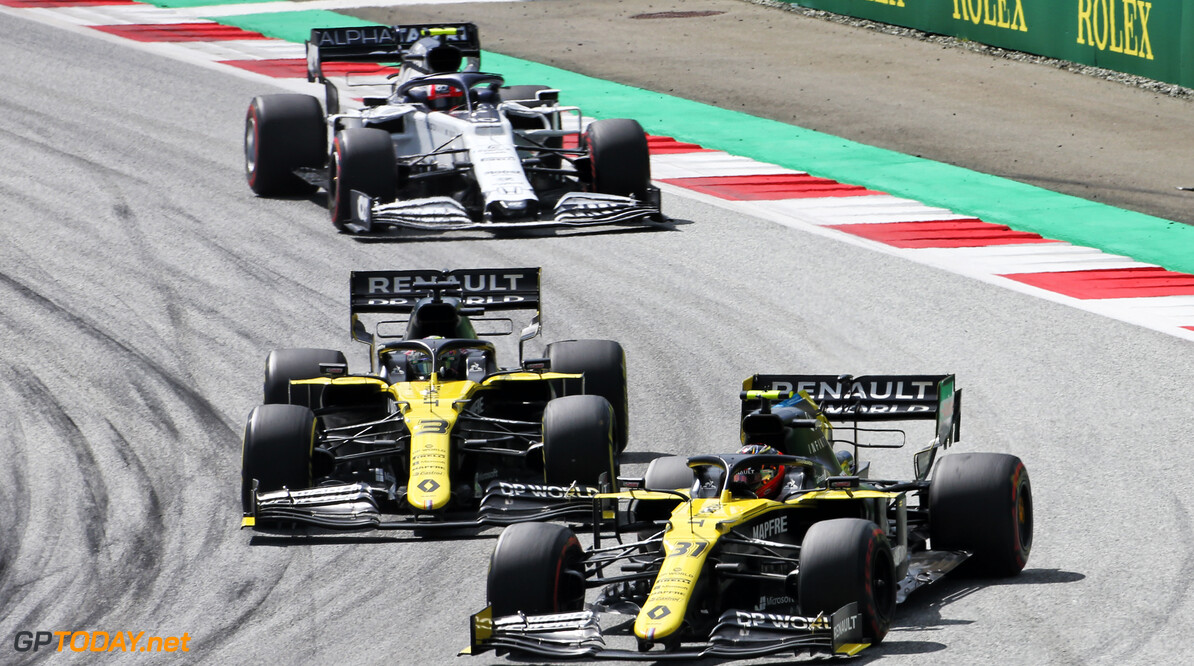 Ricciardo believes position swap with Ocon would have happened

Ricciardo, who started the race on the medium compound Pirelli tyres was catching Ocon as his soft tyres began to wear away. Despite telling the team he felt he was faster than Ocon, he eventually got past the French driver.

"I asked a bit of a general question," Ricciardo told Autosport.

"As I was, I felt, being held up by that group. So I just said, 'Look, guys, I'm quite a bit quicker at the moment. So I guess that it's really me asking the question. 'Okay, are we going to swap?'

"Obviously, we were on different strategies. I was on the medium and Esteban was on the soft, so I think typically early in the race I don't think it's that wise to fight and lose time, especially on a split strategy.

"So I asked the question, and then I got past, but I believe the call was coming.

"If it wasn't that lap, it was going to come. So it was being discussed on the pit wall. I think obviously they could see we were both losing time trying to fight each other. So it was certainly being addressed."

Despite losing the position to Ricciardo and eventually retiring from the race, Ocon praised his Australian teammate for his tough but fair overtaking.

Ocon, known for his history of making contact with former teammate Sergio Perez during his time at Force India, said the fight was not too aggressive and very fair from both drivers.

"It's been good to race with Daniel," Ocon added.

"I have to say, it was a very fair fight. We left each other space. It was not too aggressive. And that's the way I want to race against I guess my teammate, really.

"So yeah, it was a good fight. I was happy with how everything has been there.