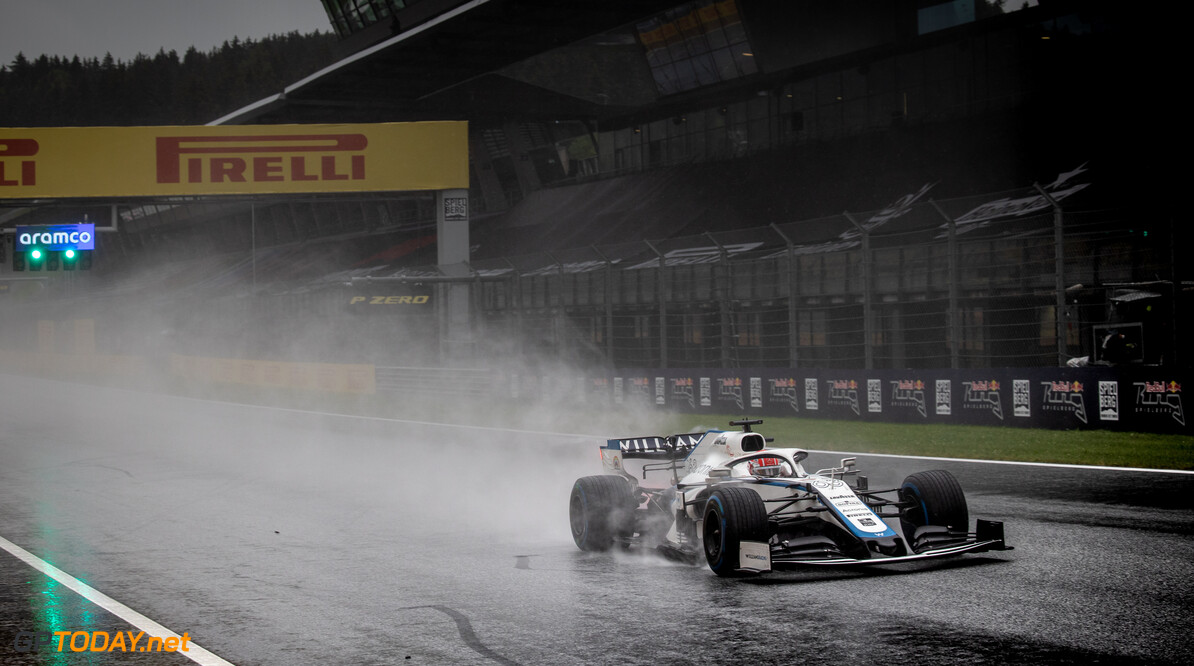 George Russell says he is aiming to come away from the Styrian Grand Prix with his first points in Formula 1 following a successful qualifying session at the Red Bull Ring.

The Briton managed to secure 12th on the starting grid for Sunday's race amid wet conditions, ending Q2 less than a tenth behind the Ferrari of Charles Leclerc.

Russell is yet to score points in F1, with Williams obtaining just a single top ten finish throughout 2019, which came from Robert Kubica in Germany.

Speaking to Sky F1 about his Saturday, Russell stated that conditions were “sketchy” throughout the day and understands his finishing position doesn't reflect the car's true pace.

“I loved it, it was pretty sketchy a lot of the time,” he said. “At the beginning of Q1, I couldn't see anything up the straight.

“My engineers were telling me there were cars slowing down, I said 'you're going to have to tell me where they are because I can't see anything'.

“I'm really pleased for all the guys, week in, week out they give it everything. Even though it's not the true pace of the car, they deserve this result.

“There's no way I would have believed that [result] prior to this weekend. If you told me this two weeks ago prior to the last weekend, even Q1 I would've said was a stretch. I really love that. It was sketchy out there, the car was moving but I loved it.”

When asked how to describe to non-racers what if feels like to drive in such tricky conditions, Russell said: “The best way to describe it is if it's hammering it down on the motorway and you turn your windscreen wipers off.

“You're literally going flat out almost 200 miles per hour into Turn 3 and you just can't see anything. It's just mist and fog from all the water, the spray is everywhere.

“It was difficult, but that was when it was at its worst. When it cleared out I could get my down and get in a good lap.”

For the race, Russell is hoping that he doesn't fall behind throughout the grand prix, and is hopeful his straight-line speed can keep him looking forward during the 71 laps.

“I hope we can at least hold onto it,” he said. “Surprisingly, our straight-line speed looks relatively good. Points is the aim but we'll have to wait and see.”