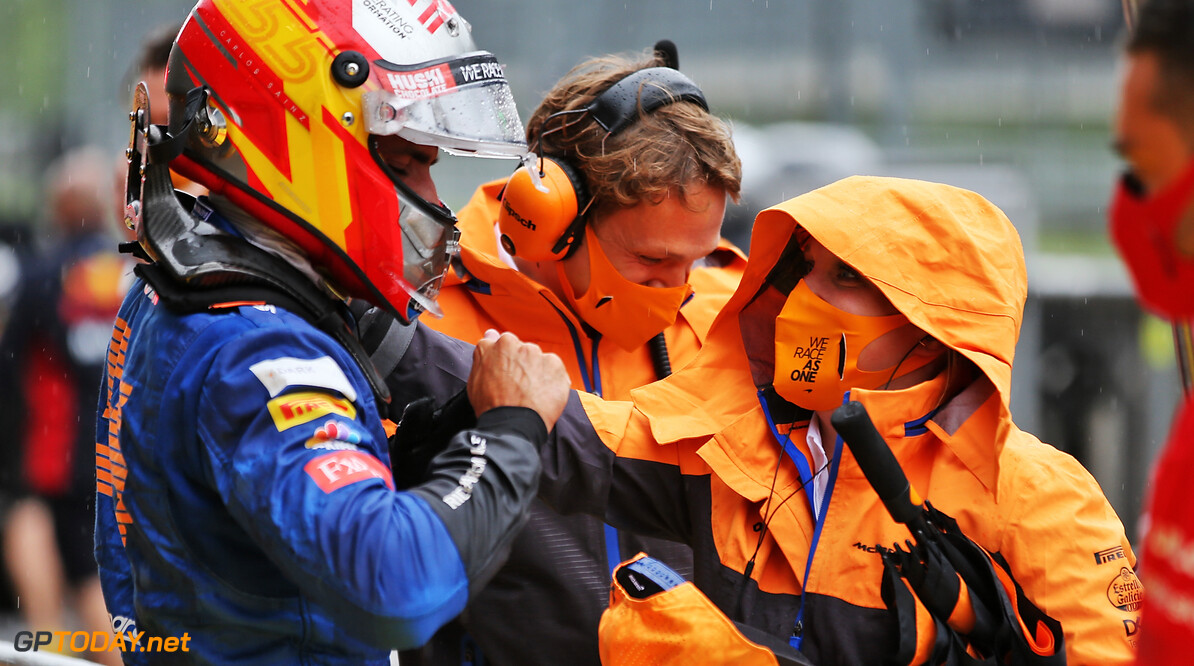 Sainz: P3 'amazing' after 'one of the toughest' qualifying sessions

All three qualifying periods were held in wet conditions, however Sainz battled his McLaren to the second row of the grid while teammate Lando Norris was sixth.

The strong result comes just under a week after the Woking-base squad scored a third-place result at the Red Bull Ring, courtesy of Norris.

Sainz's starting position for tomorrow's race is his best ever, and says the accomplished feeling is boosted due to the difficult weather conditions throughout the day.

“I'm very happy to come back, back-to-back weekends and [to] put it in P3 for the first time in my career on the second row,” the Spaniard said. “It feels amazing especially because this qualifying was probably one of the toughest I have done as a Formula 1 driver.

“It was something I enjoyed, I was talking to Max and Lewis and they were also quite excited about it.”

Although Sainz is confident about McLaren's race pace, the soon-to-be Ferrari driver is wary of Alexander Albon and Valtteri Bottas behind him during the opening laps.

“The car on race trim has been better than we thought after Barcelona. We are kind of confident going into tomorrow.

“But at the same time again we saw the race pace on Friday from the Ferraris, from the Racing Points. I don't know where they are starting, far back is good. But I'm sure I'm going to have Alex and Valtteri behind, so it's going to be a tough first few laps.

“But then hopefully I can settle into my own pace.”