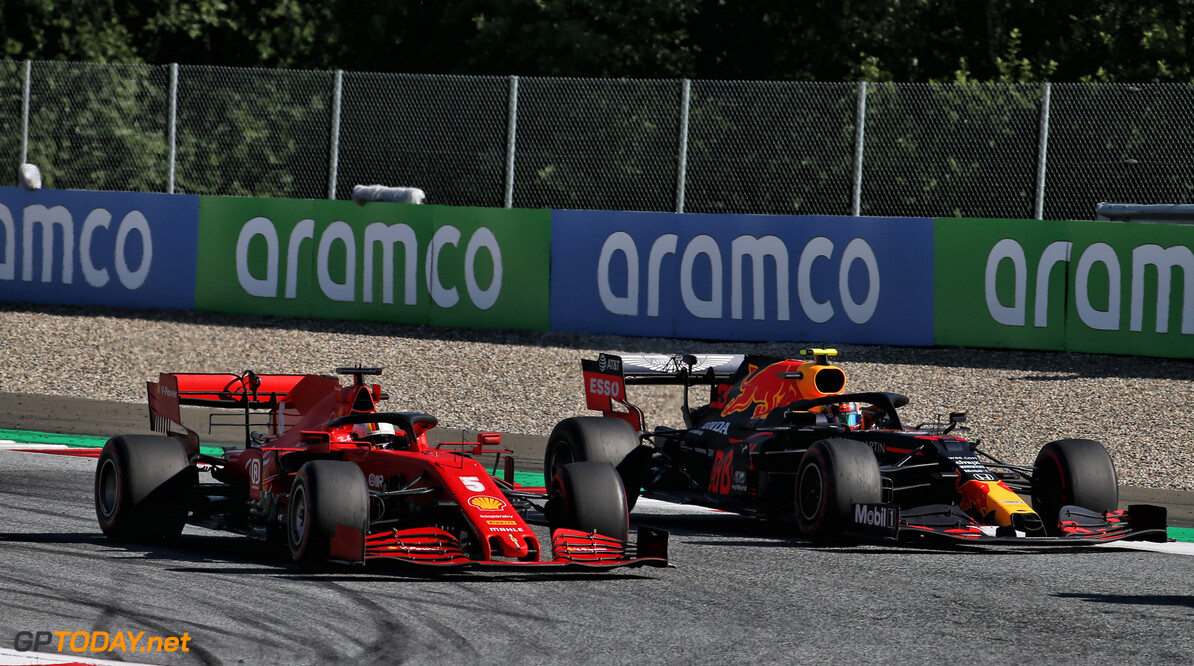 Sebastian Vettel has affirmed he is open to returning to Red Bull next year following his departure from Ferrari.

Vettel spent six seasons at the energy drink-backed squad from 2009 to 2014, winning four world championships in that time.

However, since moving to Ferrari in 2015, the German has failed to end a campaign on top of the drivers' standings, with Ferrari taking the decision earlier this year not to extend Vettel's contract beyond the 2020 season.

With his future in the air, the 33-year-old admits he would not shy away from the possibility of lining up alongside Max Verstappen at Red Bull next year.

“Generally, I'm of the conviction that if you want to win, you have to be happy to take on anyone,” he said. “I know the team very well from my past so of course, I'm still in contact with a lot of the people there, whether it's Christian, Helmut or others.

“Red Bull has a winning car, I believe so. They are a very strong team, I know how strong they are from the past. Part of the team is not the same anymore and the team has evolved. It's not fair to say I know the team inside because it has changed and moved on.

“But I know why they are strong back then and they are still a contender. It's a car you can win races in so for sure that would be interesting.

When pushed on if he would sign a contract with the team if it was offered to him, Vettel replied: “As I said, it's a winning car and I'm here to win and compete so probably the answer would be yes.”

Earlier this week, Renault confirmed it had signed Fernando Alonso to replace Daniel Ricciardo at the team next year, completing the Spaniard's comeback to the sport.

Alonso's deal closed the Renault door for Vettel, who confirmed that he held talks with the Enstone-based squad regarding a seat.

“I've been such a long time in the paddock that I know a couple of people so yes I did [have talks]. “But obviously at no point concrete enough, [or] real talks.

“As you've seen, they've gone a different direction. It doesn't change much for me. It really depends on my decision, which I'm not pressured to take in the next couple of days. I want to take the time I need to decide.”

With four world championships and 53 race wins under his belt, Vettel insists that he is still hungry for success in F1.

The former Red Bull driver spoke highly of Racing Point, who will go through a transition and become Aston Martin next year.

Although Sergio Perez is under contract for next year and Lance Stroll is the son of the team's owner, Vettel has been linked with a move to the team and did not deny interest in a potential switch.

“I don't know what is going to happen,” Vettel commented. “The races are now extremely important for myself and we will see in the next couple of weeks and months what is happening, what opportunities there might be etc.

“Independent from that, Racing Point left a very strong impression and are certainly in a good place for this year. I know some members of the team quite from my past for a long time.

“It's a good opportunity for them this year to fight and try to improve that from there.

“Everything is an option at the moment - carry on, take a break or retire. But as I said I haven't made a decision yet. It depends on what sort of options there are around.

“It's not a secret that I'm competitive, I've achieved so much in this sport. I'm interested in achieving more and not just taking part. We'll see what happens and take it from there.”