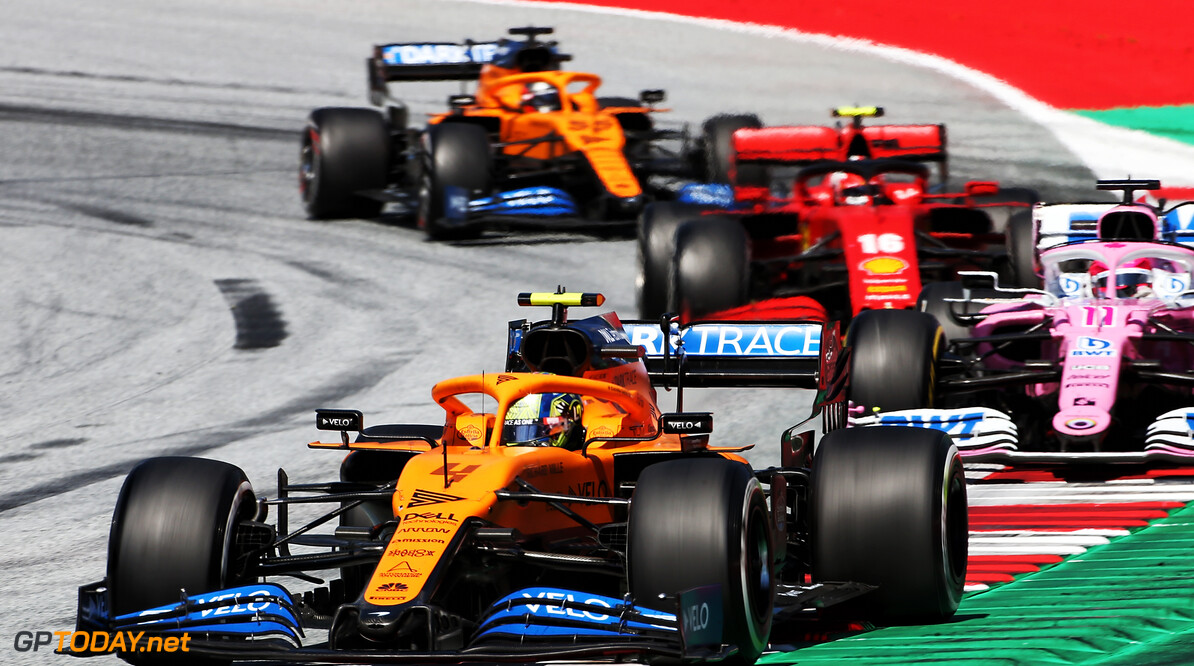 McLaren's Lando Norris has revealed that issues with his practice starts for Sunday's Austrian Grand Prix made him dread the race start, fearing he would encounter another anti-stall on the grid.

Speaking during the post-race press conference, Norris said his car went into anti-stall for every practice start he attempted over the weekend, making him nervous going into the start of the race.

"It’s cool to be able to race at the front, especially off the grid," Norris explained.

"I was a little bit nervous, I’m not going to lie. All of my practice starts went pretty terribly. I hit anti-stall on every single one actually so I was dreading it, kind of, but I knew Max was on the medium so I knew I had a good chance against him and looking back at last year we were the best starters of the whole grid.

Touching on the race as a whole, Norris noted that he was initially lacking confidence during the start of the race due to his anti-stall issues, but managed to build his confidence as the race went on.

He exclaimed that he was happy with his performance over the weekend, having beaten both Racing Point drivers and Ferrari's Sebastian Vettel to his maiden F1 podium with third place.

"I was confident, still, at the same time but lacking a bit of confidence in myself and not making sure I hit anti-stall again. I had a good start compared to Max and similar to Valtteri, I think," Norris added.

"So it was high enough, I had confidence in what I needed to do and achieve and racing with these guys, but at the same time, we knew from the very beginning who we were really racing against, even though it ended up as it did I think we definitely weren’t as quick as the Ferrari or the Racing Point today.

“We managed to beat three of them, two Racing Points and one of the Ferraris, so I’m very happy with that."